By Colin Packham SYDNEY (Reuters) - Voting in five by-elections across Australia began on Saturday in polls that are widely seen as a barometer of the re-election prospects of the country's Prime Minister Malcolm Turnbull. 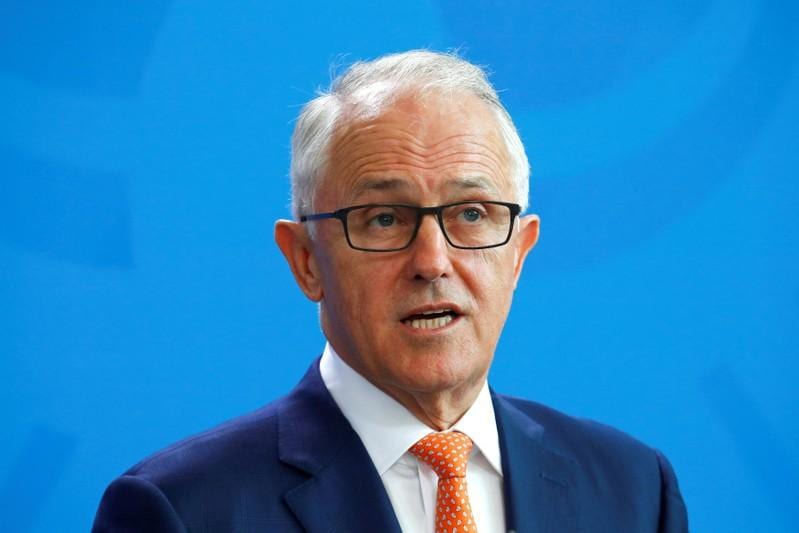 SYDNEY (Reuters) - Voting in five by-elections across Australia began on Saturday in polls that are widely seen as a barometer of the re-election prospects of the country's Prime Minister Malcolm Turnbull.

In what is being called "Super Saturday", voters in five seats will go to the polls after a handful of opposition lawmakers were forced from office after falling foul of the country's constitution that bans politicians from elected office if they are dual citizens.

The five by-elections will bring to a close a citizenship crisis that saw about a dozen lawmakers forced from office, including the then Deputy Prime Minister Barnaby Joyce - a removal that briefly cost the government its parliamentary majority.

Winning at least one seat will aid the legislative agenda of Turnbull who heads a coalition government made up of Liberal and National party MPs and has policy heavily shaped by a strong conservative backbench.

Some political analysts believe a very strong showing in the by-elections could tempt Turnbull to call an early poll, particularly if the ruling coalition government secures victory in the seat of Longman.

Polls indicate the ruling centre-right government has a strong chance of winning the Labor-held seat of Longman, in the state of Queensland, after Pauline Hanson's nationalist One Nation Party encouraged its supporters to preference Turnbull ahead of the country's opposition Labor Party on their ballot papers.

Longman is one of five marginal seats in Queensland, which is heavily dominated by rural, conservative voters, a demographic that has not taken to Turnbull, a social liberal who made his fortune in banking before entering politics.