By Sarah N. Lynch and Mark Hosenball WASHINGTON (Reuters) - President Donald Trump's former political adviser Roger Stone told a court on Thursday that he had abused a media gag order imposed following criminal charges against him in the Russian election interference probe with an Instagram post of the judge next to an image that appeared to show the crosshairs of a gun. 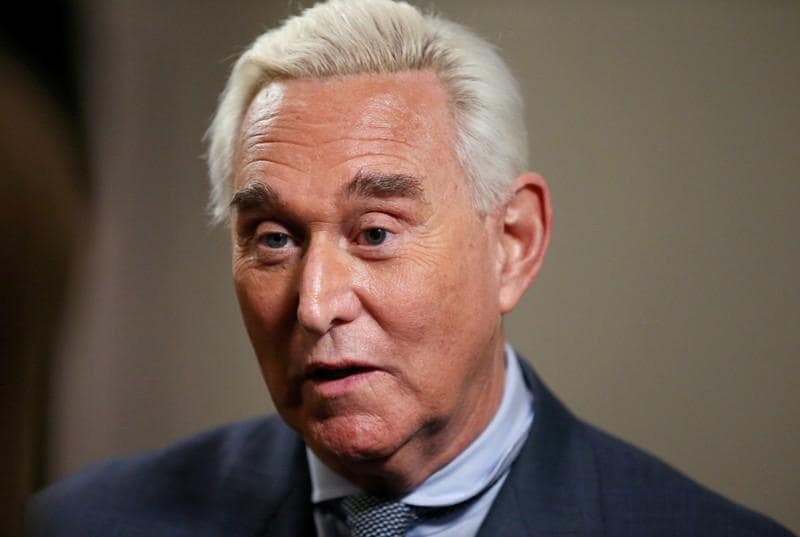 WASHINGTON (Reuters) - President Donald Trump's former political adviser Roger Stone told a court on Thursday that he had abused a media gag order imposed following criminal charges against him in the Russian election interference probe with an Instagram post of the judge next to an image that appeared to show the crosshairs of a gun.

"I abused the order," Stone told U.S. District Judge Amy Berman Jackson during a hearing to examine whether he violated his bond conditions or should face greater restrictions on discussing the case in public.

"I am kicking myself over my own stupidity," Stone said.

"Your honour, I can only beseech you to give me a second chance," Stone said. "Forgive me the trespass."

He apologised to the judge.

Stone has pleaded not guilty to charges of making false statements to Congress, obstruction and witness tampering as part of Special Counsel Robert Mueller’s investigation of Russian meddling in the 2016 U.S. election. Mueller is also investigating possible coordination between the Trump campaign and Moscow officials. Trump denies collusion and Russia denies U.S. allegations it interfered to undermine the American democratic process.

Since his arrest in January, Stone has been free on a $250,000 bond with court permission to travel to certain U.S. cities.

Although criminal defendants typically shun the media spotlight, the 66-year-old self-proclaimed Republican “dirty trickster” has embraced it and made numerous media appearances since his Jan. 25 arrest.

Last week, Jackson prohibited Stone or his attorneys from speaking with the news media or making statements near the federal courthouse about the case to reduce the risk of tainting the jury pool. He was still allowed to discuss the case away from the courthouse.

Just days later, Stone posted a photo of Jackson next to the image that looked like crosshairs. He later took down that version and reposted it without the crosshairs, before taking down the post a second time.

Thursday's hearing was combative, with an incredulous Jackson at times pointing to contradictions in Stone's testimony and with prior statements he made about the posting in a recent interview on Infowars.

"How hard was it to come up with a photo that didn't have the crosshairs in the corner?" Jackson asked Stone.

Stone said he had asked a volunteer to provide him with a photo and he did not carefully review it or realize it had a crosshairs image on it.

However, he also testified he could not recall the names of all his volunteers who had access to his phone that day or say which of them selected the image.

"I didn't even recognise it was crosshairs ... until it was brought to my attention by a reporter," Stone said at the hearing.

Stone's lawyer, Bruce Rogow, said his client did not violate the gag order in the case or his conditions of release.

Prosecutor Jonathan Kravis, however, called on the judge to put tighter restrictions on Stone's communications, saying his testimony "was not credible."