In push for race and religion, Malaysian opposition formalises pact 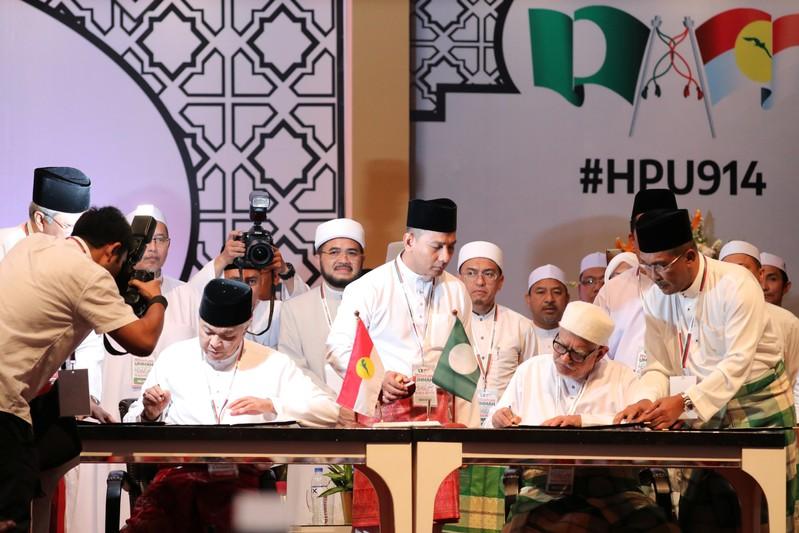 Southeast Asia's third-largest economy has seen a string of racial flare-ups over the past year and a half, as Prime Minister Mahathir Mohamad's nascent government grapples with an increasingly unhappy majority that fears it is losing its special privileges.

The union between former ruling party UMNO, which was ousted by Mahathir's coalition in a general election last year, and Islamist party PAS, promises that political power will return to the ethnic Malay-Muslims should they win in the next polls due in 3 years.

"The confusion within the government now is because of the absence of brave and worthy Malay leaders," UMNO President Ahmad Zahid Hamidi said at the signing of the charter, attended by thousands of members from both parties.

Prime Minister Mahathir's administration has had to delay or withdraw many of its planned reforms after a backlash from the opposition and conservative groups representing ethnic Malays.

Malaysia had to withdraw plans to ratify a U.N. convention against racial discrimination, and to accede to the Rome Statute, which would have seen it joining the International Criminal Court.

Mahathir has also had to repeatedly state that the government would not extradite Indian Islamic preacher Zakir Naik, despite an ongoing police investigation for alleged stoking of racial sentiments.

"We have seen several government policies that have made us Muslims feel threatened... the government now is just pressing down on the Malays and Islam," university student Mohamad Ilman Hakim said at the charter signing event.

Mohamad Ilman, 21, said the UMNO-PAS union is necessary to push for greater Malay-Muslim representation in positions of power, particularly in government and parliament.

"We see this as a union of the the faithful that will be a platform to help the Malays and Muslims to get their voices out."