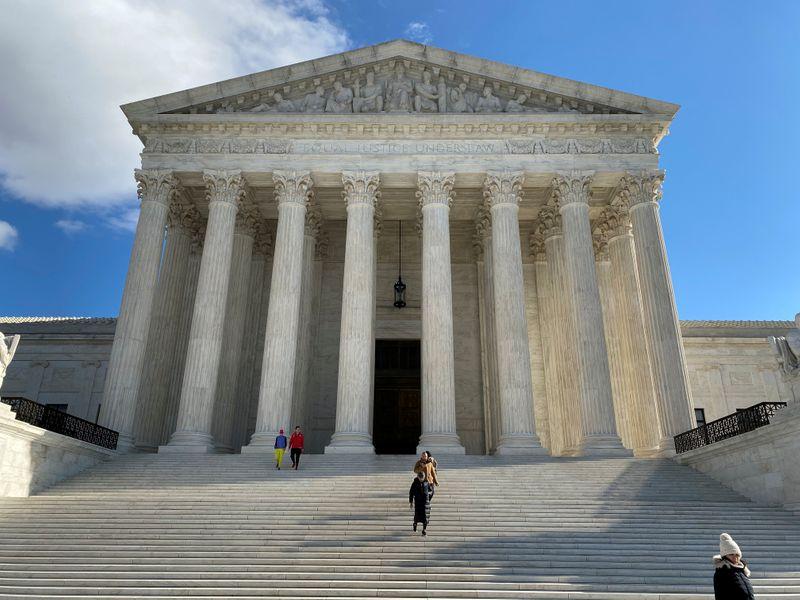 The landmark 6-3 ruling represented the biggest moment for LGBT rights in the United States since the Supreme Court legalized same-sex marriage nationwide in 2015. Two conservative justices joined the court's four liberals in the decision: Neil Gorsuch, a 2017 Trump appointee who wrote the ruling, and Chief Justice John Roberts.

The justices decided that gay and transgender people are protected under Title VII of the Civil Rights Act of 1964, which bars employers from discriminating against employees on the basis of sex as well as race, color, national origin and religion.

Workplace bias against gay and transgender employees had remained legal in much of the country, with 28 U.S. states lacking comprehensive measures against employment discrimination. The ruling - in two gay rights cases from Georgia and New York and a transgender rights case from Michigan - recognizes new worker protections in federal law.

The legal fight focused on the definition of "sex" in Title VII. The court agreed with the plaintiffs that discriminating against gay and transgender workers was inherently based on their sex and consequently was illegal.

Speaking to reporters at the White House, Trump called the ruling very powerful and said, "They've ruled and we live with their decision." Supported by evangelical Christian voters, Trump has taken actions that have undermined gay and transgender rights since taking office in 2017.

LGBT activists and the only surviving plaintiff in the litigation lauded the ruling.

"I truly believe I went into shock this morning," said Gerald Bostock, who brought the Georgia case after losing his job as a county government child welfare services coordinator months after joining the local gay-friendly Hotlanta Softball League.

"I'm proud to have taken part in this process in getting us to this historic moment," Bostock added.

The ruling does not resolve other legal issues on LGBT rights including whether separate federal laws that bar sex discrimination should also be interpreted as covering sexual orientation and gender identity.

"Americans must be able to rely on what the law says, and it is disappointing that a majority of the justices were unwilling to affirm that commonsense principle," said John Bursch, a lawyer with the Alliance Defending Freedom, a conservative Christian legal group that represented the employer in the Michigan case.

Trump's administration joined the employers in arguing that Congress did not intend for Title VII to protect gay and transgender people when it passed the law. Gorsuch conceded that point but said what mattered was the law's text.

'A NECESSARY AND UNDISGUISABLE ROLE'

"An employer who fires an individual for being homosexual or transgender fires that person for traits or actions it would not have questioned in members of a different sex," Gorsuch wrote. "Sex plays a necessary and undisguisable role in the decision, exactly what Title VII forbids."

Gorsuch, who signaled sympathy toward the plaintiffs during arguments in the case in October, wrote that "there is no way an employer can discriminate against those who check the homosexual or transgender box without discriminating in part because of an applicant's sex."

Roberts, considered the ideological center of the court, backed gay rights in this case after dissenting in the gay marriage ruling.

"There is only one word for what the court has done today: legislation," Alito wrote.

Two other plaintiffs did not live to see the ruling. Donald Zarda, who sued after being fired as a skydiving instructor in New York, died in 2014. Aimee Stephens, fired by a Detroit funeral home after revealing plans to transition from male to female, died in May.

Alphonso David, president of the Human Rights Campaign gay rights group, said, "No one should be denied a job or fired simply because of who they are or whom they love."

His administration also has backed the right of certain businesses to refuse to serve gay people on the basis of religious objections, banned most transgender service members from the military and rescinded protections on bathroom access for transgender students in public schools.

The court faces another test in its next term, which starts in October, in a case pitting LGBT rights against religious rights involving Philadelphia's decision to bar a Catholic organization from participating in the city's foster care program because the group will not place children with same-sex couples.