New York:  New York City passed the first US ban of oversized sugary drinks on Thursday in its latest controversial step to reduce obesity and its deadly complications in a nation that is fatter than ever.

By a vote of eight members in favor, with one abstaining, the mayoral-appointed city health board outlawed sugary drinks larger than 16 ounces nearly everywhere they are sold, except groceries and convenience stores. Violators of the ban, which does not include diet sodas, face a $200 fine.

Opponents, who cast the issue as an infringement on personal freedom and called Mayor Michael Bloomberg an overbearing nanny, vowed to continue their fight, possibly by going to court in the hopes of blocking or overturning the measure before it takes effect in March. 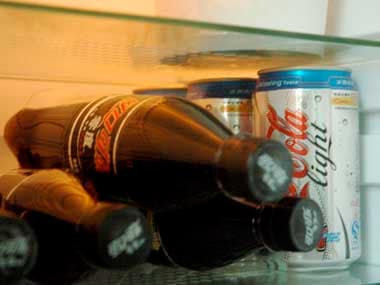 "It's sad that the board wants to limit our choices. We are smart enough to make our own decisions about what to eat and drink," Liz Berman, a business owner and chairwoman of New Yorkers for Beverage Choices, said in a statement.

Health Commissioner Thomas Farley heralded the measure's passage as a major step toward making New Yorkers healthier and said it was likely to be copied elsewhere in the nation - and even the world - as were the city's bans on trans fats and smoking.

"This is a historic step to address a major health problem of our time," Farley said at the meeting immediately after the vote.

Farley recently said that if the law results in "shrinking only one sugary drink per person every two weeks from 20 ounces to 16 ounces, New Yorkers could collectively prevent 2.3 million pounds gained per year. This would slow the obesity epidemic and prevent much needless illness."

About one-third of Americans are obese, and about 10 percent of the nation's healthcare bill is tied to obesity-related diseases, such as Type 2 diabetes, heart disease and hypertension, according to the Organization for Economic Co-operation and Development.

The OECD projects more than two out of three people will be overweight or obese in some developed countries by 2020.