Islamabad: Cricketer-turned-politician Imran Khan's Pakistan Tehreek-e-Insaf (PTI) has accused some political parties in the country of receiving funds from foreign countries including Libya, Saudi Arabia and Iran, the media reported on Tuesday. 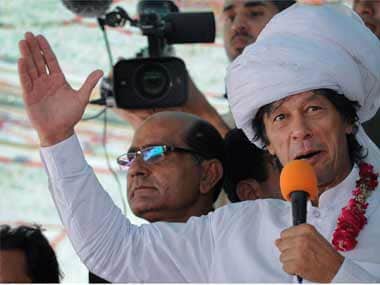 Facing the charge of getting funds through illegal means, the PTI has now called for a scrutiny of the accounts and funds of all political parties, specifically the religious ones, the Dawn reported.

Claiming that the PTI had submitted a complete record of its funds and accounts as well as a list of all donors to the Supreme Court, PTI spokesman Fawad Chaudhry said now it was the turn of other parties including the ruling Pakistan Muslim League-Nawaz (PML-N) to disclose their sources of funds.

The spokesman asked the intelligence agencies to find out where the religious parties get their money from.

Fawad Chaudhry, one of the legal advisers of PTI chief Imran Khan, alleged that Jamiat Ulema-i-Islam had been getting money from Libya while some parties received funds from Saudi Arabia and Iran, the Dawn said.

He said the PTI was asked to provide details of its accounts and funds for the 2010-13 period but it submitted a seven-year record till March 2017.

He said the party had got more than $3 million from Pakistanis living abroad and that 99 percent of them had donated between $10 and $15.