Islamabad: Pakistan's Prime Minister-in-waiting Imran Khan on Wednesday accepted Iranian President Hassan Rouahni's invitation to visit Iran during a telephonic conversation between the two leaders, according to a media report. 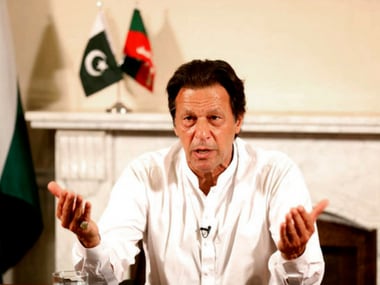 The Iranian president congratulated the Pakistan Tehreek-e-Insaf (PTI) chief on winning the general elections and invited him to visit Iran which he accepted, said a statement issued by the PTI. "Both leaders exchanged best wishes and love for the people of both neighbouring countries," the Express Tribune reported.

Khan accepted the invitation to visit Iran amid tensions in ties between the US and Iran over President Donald Trump's withdrawal from a landmark 2015 nuclear deal. Trump has warned the world against doing business with Iran as Washington reimposed sanctions on the Islamic republic.

Last week, Khan conveyed to Tehran's envoy Mehdi Honardoost, who paid him a visit at his Bani Gala residence that the country wanted to play a constructive and positive role between Iran and Saudi Arabia. There has been a longstanding rivalry between Saudi Arabia and Iran with both sides on opposing sides of conflicts in the Middle East.

Honardoost told the former cricket legend that Tehran was ready to work with Islamabad in regional development and wanted to foster trade with Pakistan. Pakistan and Iran's relationship has been evolving over time. The relationship between the two countries deteriorated after the Iranian revolution. But the ties improved when the two countries signed the Free Trade Agreement in 1999.