By Julio-Cesar Chavez EL PASO, Texas (Reuters) - Arrests at or near the U.S. 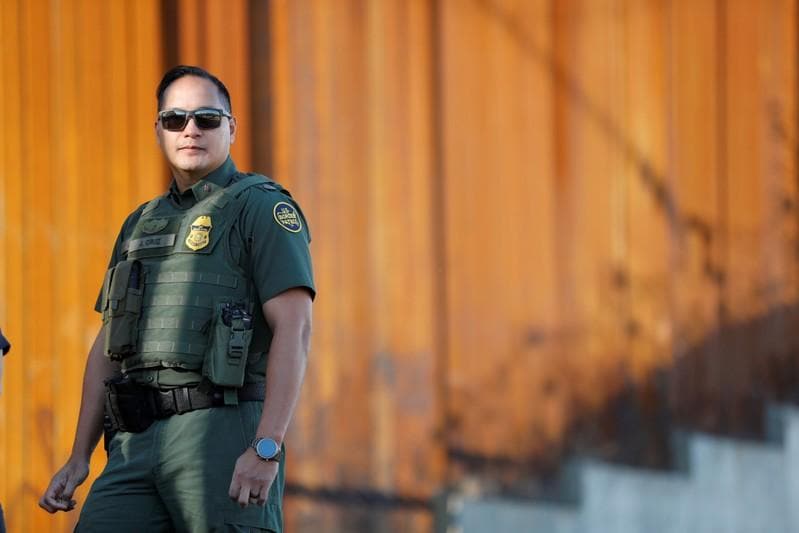 EL PASO, Texas (Reuters) - Arrests at or near the U.S. border with Mexico fell to their lowest monthly total of the year in September but the fiscal year total was up 88 percent, indicating illegal immigration remained a crisis, U.S. officials said on Tuesday.

The number of apprehensions and people turned away at the border fell to 52,546 in September, less than half the peak of 144,116 in May but up 4 percent from September 2018.

Migration tends to taper off during the hot summer months, but U.S. officials and immigrant advocates say the Trump administration's strict immigration policies have contributed to four straight months of fewer arrests.

President Donald Trump has made restricting immigration a centrepiece of his first term and his 2020 re-election campaign.

While the immigration crackdown has animated Trump's supporters, critics have accused the president of cruelly warehousing migrants in substandard conditions and separating children from parents.

Even so, border apprehensions for the fiscal year ending in September reached an 11-year high.

Nearly half all those detained in September were children or families, many of them led by human-trafficking cartels, said Robert Perez, deputy commissioner of U.S. Customs and Border Protection.

"They are profiting on the backs of this vulnerable population, and that's why it's still a crisis," Perez told an outdoor news conference, standing before CBP personnel at the border barrier in El Paso.

Perez was joined by Acting Commissioner Mark Morgan, who

said there had been "dramatic strides" thanks to Trump policy changes and Mexican cooperation, but that far too many people were crossing the border.

Smuggling rings have adopted to U.S. policy changes that have targeted Central American migrants, leading to an uptick in arrests of Brazilians and Mexicans, Morgan said without providing arrest figures for those nationalities.

Southern border apprehensions and rejections totaled 977,509 in the fiscal year, making up the vast majority of the 1.15 million total nationwide, Morgan said.

U.S. officials have especially sought to curtail the number of asylum-seekers, mostly from the impoverished and violent Central American countries of Guatemala, Honduras and El Salvador, asserting most of them present fraudulent claims about being persecuted back home.