'I told him not to' go, mother of drowned Salvadoran migrant laments

By Nelson Renteria SAN SALVADOR (Reuters) - The mother of a Salvadoran man who drowned with his young daughter while trying to reach U.S. 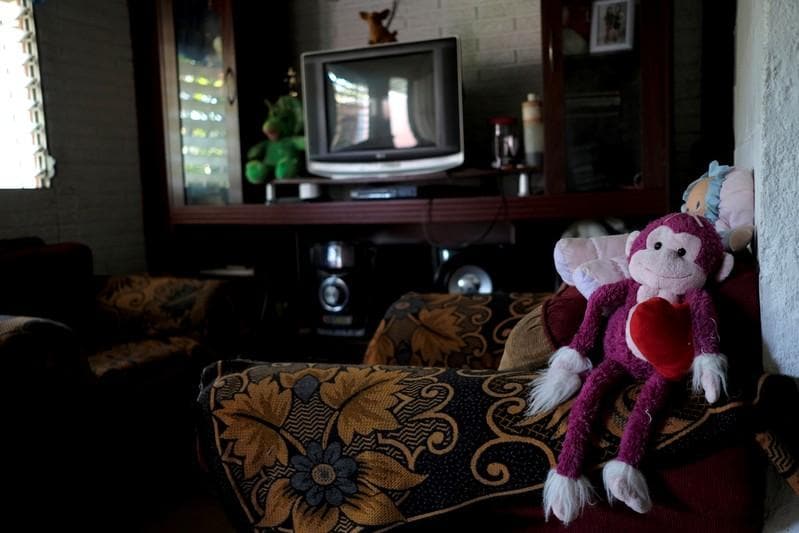 SAN SALVADOR (Reuters) - The mother of a Salvadoran man who drowned with his young daughter while trying to reach U.S. soil, becoming a global symbol of the perils of migration, said she had urged her son not to leave, fearing danger would meet him on the long journey north.

A harrowing photograph of Oscar Alberto Martinez, 25, and his 24-month-old daughter Angie Valeria lying face down on the muddy banks of the Rio Grande river between the United States and Mexico ricocheted across social media this week.

Speaking with Reuters from her home in the central municipality of San Martin, Rosa Ramirez, Oscar's mother, cradled two of her granddaughter's most treasured toys, a blue-eyed baby doll and a stuffed purple monkey. Her friends have urged her to store her son and granddaughter's belongings, but she is not ready for that yet.

"Ever since he first told me that they wanted to go, I told him not to," Ramirez said, recalling conversations with her son. "I had a feeling, it was such an ugly premonition. As a mother, I sensed that something could happen."

Despite his mother's pleas, Oscar and his family left El Salvador in April, hoping to find work in the United States and eventually buy a house, Ramirez said.

"That was his dream, a good future for his family," Ramirez said.

The route to the United States through Mexico is fraught with peril for the tens of thousands of Guatemalans, Hondurans and Salvadorans who have crossed the U.S. border.

As well as confronting the elements, travelers are exposed to physical threats from corrupt officials and cartels that control people smuggling routes. Several other migrant deaths have been in the public eye in recent weeks.

Exasperated by the wait to apply for asylum, Martinez and Angie Valeria attempted to swim to U.S. soil on Sunday, an immigration official in the Mexican state of Tamaulipas said.

Tania Vanessa Avalos, Oscar's wife, survived, screaming "Where is my husband?" as rescue workers at the river bank carried away a stretcher covered with a white sheet, video images show.

The photograph of Oscar and Angie Valeria, nestled beside her father with her arm draped around his neck, drew comparisons to an iconic 2015 shot of Aylan Kurdi, a three-year-old Syrian refugee, whose body washed up on the shores of the Mediterranean.

"It's astonishing to see this photo," Ramirez said, reflecting on the image of her son and granddaughter. "He never let her go. You can see how he protected her."

The U.N. refugee agency said the photo of Oscar and Angie Valeria from the U.S. border represents "a failure to address the violence and desperation pushing people to take journeys of danger."

Pope Francis expressed great sorrow upon viewing the image, said the Vatican, whose newspaper published the photograph on its front page.

Salvadoran Foreign Minister Alexandra Hill called on the country's citizens not to risk irregular migration to the United States.

Mexico deployed thousands of troops and expanded a controversial asylum containment program to help halt the flow of migrants to the United States to stave off U.S. President Donald Trump's threat to slap tariffs on the country's exports this month.

Migrants now face long waits to apply for asylum at the U.S.-Mexican border as U.S. officials enforce a policy of "metering," which limits the number of people who can apply each day, while returning others to Mexico to await the resolution of their cases.

The controls have contributed to growing numbers crossing the border illegally to hand themselves into authorities and ask for asylum, instead of applying at ports of entry, further increasing the dangers they face.

U.S. Border Patrol reported 283 migrant fatalities at the border in 2018. In addition, migrants can meet violence while moving through Mexico.

Earlier this month, 19-year-old Maria Senaida Escobar was shot and killed, reportedly by police, in the Mexican state of Veracruz. The state is on the route towards the same stretch of Texan border where Martinez and his daughter died.

Her father, Dario Escobar, said she was fleeing poverty in El Salvador to join him in California.

Instead, he is now back in El Salvador to receive his daughter's body, saying he had paid some $6,000 for her to be returned from Mexico. In an interview with Reuters, he called for justice for her death.

"I want the people who did this to lose their jobs and to land in jail. She was unarmed when they killed her," Escobar, 58, told Reuters. He said he had no U.S. immigration papers, and had no plans to travel north again.

Preparing for Maria Senaida's funeral services on Thursday, relatives arranged flower wreaths and tamales at the family home, while a candle illuminated a photo of Maria Senaida's ninth grade graduation.