Hurricane Willa closes in on tourist city of Mazatlan

By David Alire Garcia MAZATLAN, Mexico (Reuters) - Thousands of people were evacuated, buildings were boarded up and schools closed on Mexico's Pacific coast on Tuesday as Hurricane Willa threatened to batter tourist resorts with high winds and heavy rains. Residents had sealed off windows and doors with large wooden planks on hotels facing the historic downtown boardwalk of Mazatlan, a popular coastal city in the northwestern state of Sinaloa 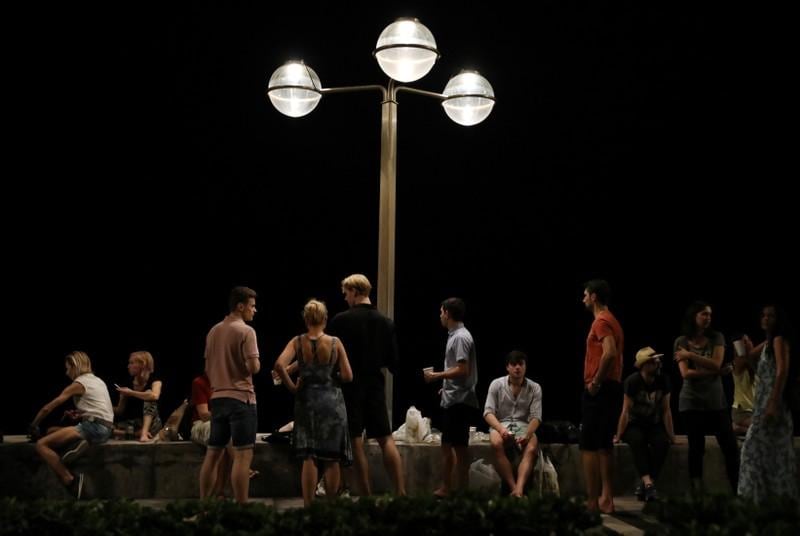 MAZATLAN, Mexico (Reuters) - Thousands of people were evacuated, buildings were boarded up and schools closed on Mexico's Pacific coast on Tuesday as Hurricane Willa threatened to batter tourist resorts with high winds and heavy rains.

Residents had sealed off windows and doors with large wooden planks on hotels facing the historic downtown boardwalk of Mazatlan, a popular coastal city in the northwestern state of Sinaloa.

Willa, which weakened to a Category 3 on the five-step Saffir-Simpson scale on Tuesday morning, was blowing maximum sustained winds of around 125 miles per hour (201 kph) with higher gusts, the Miami-based National Hurricane Center said. It had been a Category 4 storm earlier on Tuesday and had reached rare Category 5 status on Monday with winds near 160 mph (260 kph).

Forecast to be one of the most powerful hurricanes to enter Mexico from the Pacific in recent years, Willa was expected to gradually weaken further before striking a few miles south of Mazatlan as soon as Tuesday afternoon.

On Tuesday morning the storm was about 130 miles (209 km) south-southwest of Mazatlan, the hurricane center said. In Mazatlan, a steady rain fell with a slight breeze, while runners and tourists were out on the boardwalk. Some young men were surfing the higher-than-usual waves.

Several other tourist getaways in the state of Nayarit, as well as the beach resort of Puerto Vallarta in Jalisco state, also lie near the path of the storm, which is forecast to bring a life-threatening storm surge of ocean water, wind and rainfall, the hurricane center said.

Nayarit Governor Antonio Echevarria said more than 10,000 people were being evacuated and schools would be closed. He warned locals not to defy the storm.

"Let's not play the macho," he said. "Let's not act like superheroes. It's a very strong hurricane, very potent, and we don't want any tragedies."

At a gas station on the outskirts of Mazatlan, a steady line of cars waited to refuel and shop at the neighboring convenience store on Monday night.

Station attendant Zulema Pardo said residents had been streaming through for hours to stock up on basic items, buying enormous jugs of water and gasoline, and leaving the bread shelf completely empty.

"People are really scared," she said. "People are crazy and worked up."

Mexico's civil protection agency said on Twitter that families should move into nearby temporary refuges if necessary.

Up to 18 inches (45 cm) of rainfall could pummel parts of the storm zone, the hurricane center said. Even buildings up to 500 meters (1,640 feet) from the coastline could lose power and suffer physical damage, Mexico's National Meteorological Service said.

In some states, Willa's menace is compounded by Vicente, a post-tropical cyclone moving over the state of Michoacan on Tuesday morning, causing rain in parts of Jalisco, Colima, Michoacan and Guerrero.

In Mazatlan, university professor Ignacio Osuna, with his Chihuahua puppy Nikko near his feet, stood on the boardwalk on Tuesday morning watching the surfers out at sea.

"I'm sure my house is going to flood," he said, noting that large parts of the city are below sea level and that even slight rain can cause flooding in many neighborhoods.

He planned on staying in his home and if needed will take refuge on the fourth floor terrace of his apartment building.

"This is going to get ugly," he said.