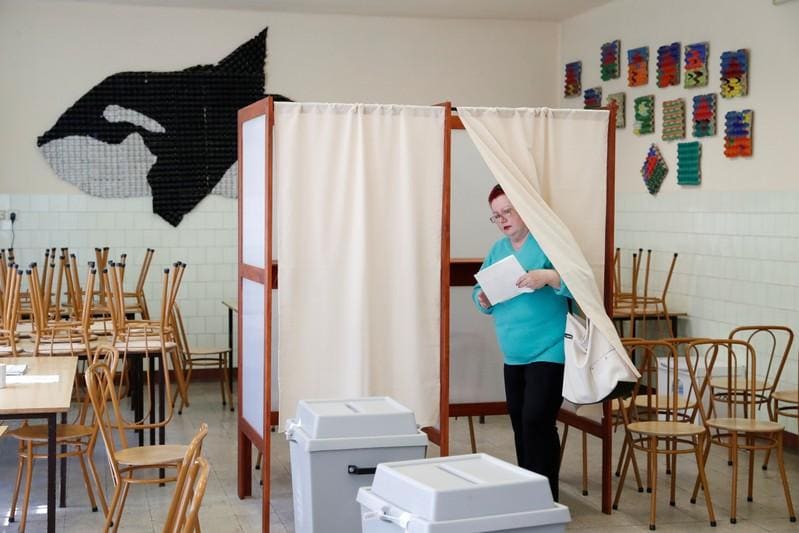 Prime Minister Viktor Orban's party was well ahead of the Socialists and the leftist Democratic Coalition, who were expected to win 10% each, the survey showed. The nationalist Jobbik was seen getting about 9%, and Momentum party 7%. Voter turnout was a high 41.74% at 1630 GMT.

Orban, who is one of Europe's hardliners on migration and who built a steel fence sealing off Hungary's southern borders to keep out migrants, has framed the election as a choice between forces backing and opposing mass immigration.

He is hoping the voting will strengthen anti-immigration political forces across Europe.

"I hope that there will be a shift in the European public arena in favour of those political parties who would like to stop migration," Orban said on Sunday after casting his vote.

Responding to a question, Orban declined to say whether he would join Italian Deputy Prime Minister Matteo Salvini's new party alliance after the election.

The migration issue, and how people react to it, would reshape the political spectrum in the European Union in the vote, he said, and traditional party groupings would not play the same role in the future.

The survey on Sunday evening projected that his Fidesz party could win 14 of Hungary's 21 seats in the 751-seat European Parliament.

The EU elections are expected to further dent traditional pro-EU parties and bolster the nationalist fringe in the European Parliament.

Orban said Fidesz belonged to the EPP, the European Parliament's main centre-right grouping, but the group is arguing about its future direction and Fidesz wants to influence that debate.

"We would not like to belong somewhere where we don't have an influence on the main strategy issues," Orban said.

The EPP suspended Fidesz in March amid concerns that it has violated EU principles on the rule of law, and either side could pull the plug on their association.

(Reporting by Krisztina Than; Editing by Keith Weir and Frances Kerry)