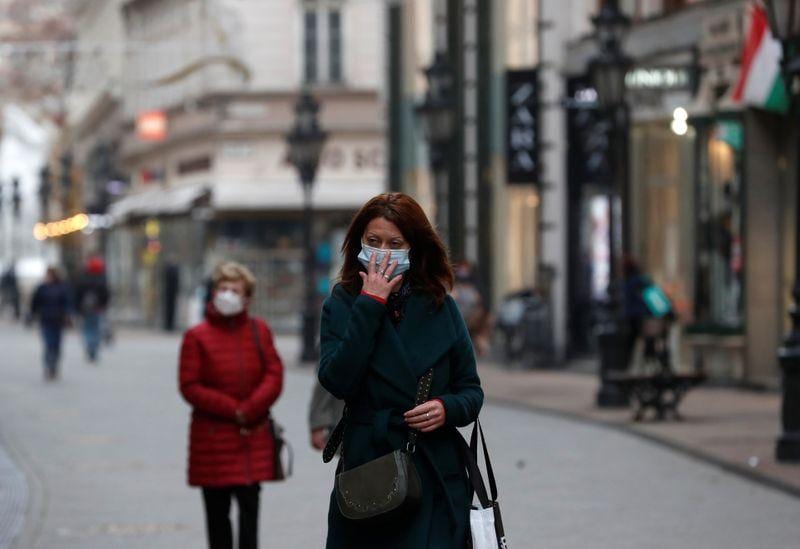 Prime Minister Viktor Orban, whose nationalist government frequently bucks the consensus of its EU neighbours, said he would personally opt to receive the Chinese vaccine, as he trusted it more than others.

The announcement came a day after Hungary's government issued a decree calling for a green light for any vaccine that had been administered to at least 1 million people in at least three other countries.

China has been heavily marketing its two coronavirus vaccines, made by Sinopharm and Sinovac, with millions of doses shipped around the world to developing countries, particularly in Asia and Latin America.

Meanwhile, EU countries, relying so far almost entirely on a vaccine from Pfizer, have fallen far behind Britain, the United States and a number of developing countries in rolling out vaccines.

Hours earlier, Hungary's drug regulator gave emergency use approval to the Sinopharm vaccine, rather than wait for the bloc's European Medicines Agency (EMA) to give the go-ahead, adding it to a list that also includes the Pfizer, Moderna and AstraZeneca vaccines as well as Russia's Sputnik-V shot.

Foreign Minister Peter Szijjarto said the Sinopharm vaccines were enough to inoculate 2.5 million people, or about a quarter of its population, delivered in four batches over four months.

However, the Hungarian Medical Chamber (MOK) warned Budapest should continue "to follow drug safety rules in a transparent manner and only approve marketing of products after a review respecting European Medicines Agency rules".

Asked whether it had completed its study before authorising the vaccine, the drug regulator OGYEI said it gave the green light because the shot fit the conditions in the government decree. It said it would continue to keep track of the vaccine.

It said that another state organisation, the National Public Health Centre, would put each vaccine shipment through tests, adding that 16 million people worldwide had already received the Sinopharm jab safely.

In Hungary, which has close to 10 million people, 364,909 people have been infected and 12,374 people have died of COVID-19 so far. The government has extended restrictions until March 1, including an 8 pm curfew and the closure of restaurants.