By MacDonald Dzirutwe HARARE (Reuters) - Hundreds of Zimbabweans arrested during anti-government protests were detained on Friday on public order charges, as the United Nations urged an end to a brutal security crackdown and an internet blackout. The government has said three people died during the unrest that broke out on Monday after President Emmerson Mnangagwa raised fuel prices by 150 percent. Lawyers and activists say the toll was much higher and that security forces used violence and carried out mass arrests to quell the unrest. 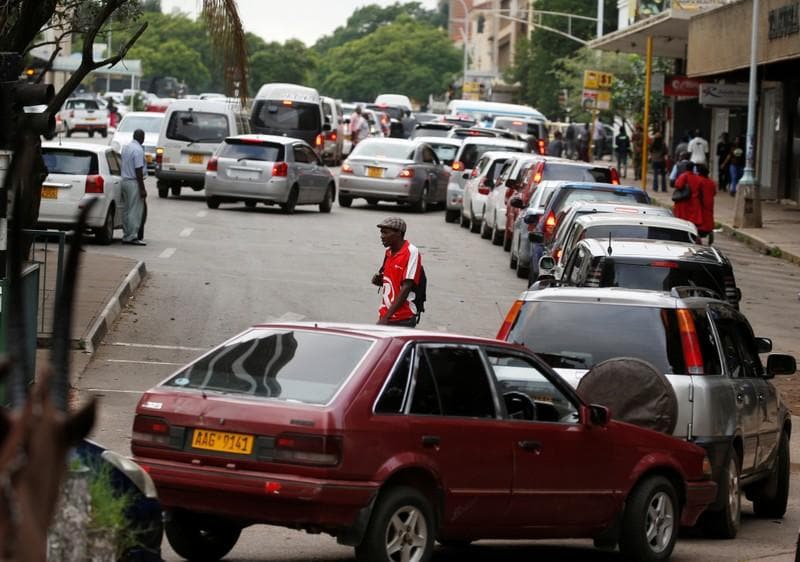 HARARE (Reuters) - Hundreds of Zimbabweans arrested during anti-government protests were detained on Friday on public order charges, as the United Nations urged an end to a brutal security crackdown and an internet blackout.

The government has said three people died during the unrest that broke out on Monday after President Emmerson Mnangagwa raised fuel prices by 150 percent. Lawyers and activists say the toll was much higher and that security forces used violence and carried out mass arrests to quell the unrest.

Among the around 400 people charged by magistrates on Friday was pastor Evan Mawarire, a rights activist who rose to prominence as a critic of Robert Mugabe's rule and led a national protest in 2016.

He will stand trial on more serious charges of subverting the government after encouraging Zimbabweans via social media to heed a strike call from unions. His lawyer Beatrice Mtetwa said she would lodge a High Court appeal for him to be released on bail. Mawarire faces up to 20 years in jail if convicted.

The internet was blacked out for much of the day, until authorities began gradually lifting a ban that had disabled some electronic communications in the country since Tuesday.

"We are worried with the deterioration of the situation caused by the potential use of excessive violence in confronting the demonstrations in Zimbabwe," Guterres told a news conference in New York on Friday.

In Geneva, The U.N. human rights office called on the government to halt the crackdown and denounced allegations of "generalised intimidation and harassment" of protesters.

As life returned to a semblance of normality in Harare, civilians ventured outside to stock up on food and other supplies while police continued to patrol the streets.

Jacob Mafume, spokesman for the main Movement for Democratic Change (MDC) opposition party, said he feared the web blackout was a prelude to more violence. "The world must quickly step in to remove this blanket of darkness that has been put on the country," he told Reuters earlier in the day.

Authorities have yet to respond to the allegations of a crackdown, but many Zimbabweans believe Mnangagwa - a former Mugabe ally - is falling back on his predecessor's tactics by using intimidation to crush dissent.

The president has also failed to make good on pre-election pledges to kick-start the ailing economy - beset by high inflation and a currency shortage, and the trigger for this week's protests.

"This is not way to react to the expression of economic grievances by the population," she said.

One Harare schoolteacher waiting in a fuel station queue said filling his petrol tank twice a month would now cost him $528 rather than $230.

"I will have to probably cut on some other things or simply decide not to drive to work," Gilbert Kepekepe told Reuters.

While long queues formed at petrol stations and outside shops, the internet shutdown meant that Harare banks were providing only partial services and no cash machines were working, a Reuters witness said.

Leading mobile operator Econet Wireless said late on Friday it had received an instruction from the government to reopen internet access, except for some social media applications.