How England's lockdown is being adjusted from Monday

LONDON (Reuters) - Prime Minister Boris Johnson said on Thursday the conditions had been met to slightly relax the coronavirus lockdown in England from June 1. Below are details 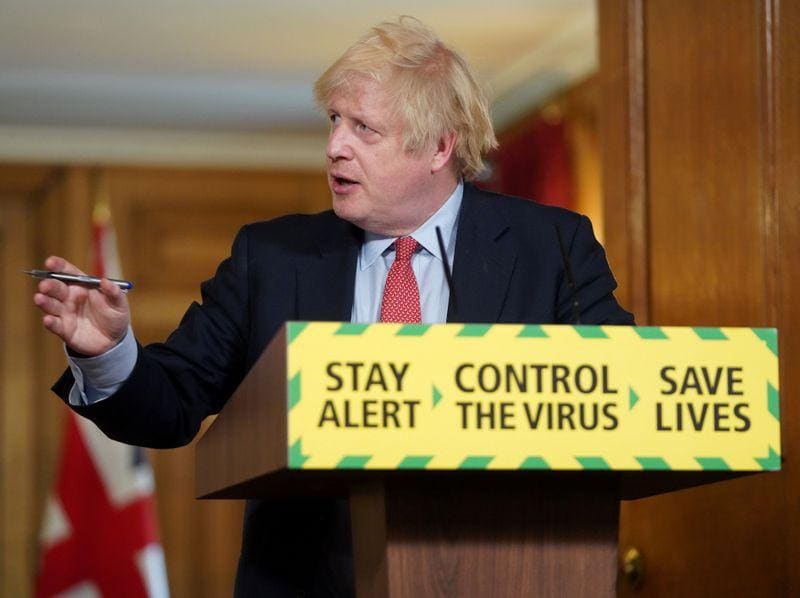 LONDON (Reuters) - Prime Minister Boris Johnson said on Thursday the conditions had been met to slightly relax the coronavirus lockdown in England from June 1. Below are details.

Johnson said five tests had been met for there to be an easing of lockdown in England.

1. Protect the NHS’s ability to cope.

2. Sustained fall in the daily death rates from COVID-19.

3. A fall in the rate of infection.

5. Confidence that any adjustments to the current measures don't risk a second peak of infections that overwhelms the NHS.

Johnson said all the tests had been met, but that the easing of lockdown measures was conditional on scientific advice. Measures could be re-imposed in response to local outbreaks.

On Monday, primary schools will reopen reception, year one and year six, with nurseries and other early-years settings also restarting.

On 15 June, secondary schools will begin to provide some face-to-face contact time for years 10 and 12.

On Monday, outdoor retailers and car showrooms can reopen.

On 15 June, Johnson said the intention was to reopen other non-essential retail, if the shops were compatible with social distancing and the five tests were being met.

From Monday, groups of up to six people can meet outside. Those from different households must stay two metres apart from each other, in line with social distancing rules.

People will also be allowed to meet in gardens and other private outdoor spaces.

Johnson said that, to best control the virus, people should avoid seeing people from too many households in quick succession.

He also reiterated that people should not be inside the homes of their friends and families, unless it is to access the garden.

Johnson said it was too early for the most vulnerable, who have been asked to "shield" themselves to avoid infection, to be allowed greater social interactions.

He said they were looking at how to make the lives of the clinically vulnerable easier and was hoping to have more to say soon.