HONG KONG (Reuters) - A Hong Kong police robot was attempting to detonate an explosive device in the Kowloon district of Mong Kok on Friday after at least three explosions in the area. 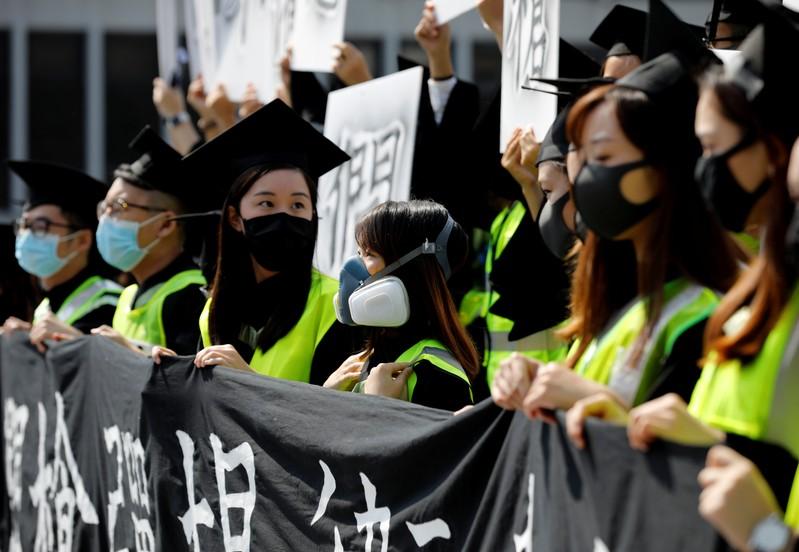 HONG KONG (Reuters) - A Hong Kong police robot was attempting to detonate an explosive device in the Kowloon district of Mong Kok on Friday after at least three explosions in the area.

Candlelight vigils held to mourn a university student who died on Friday after a fall during a pro-democracy rally this week spiralled into street fires and cat-and-mouse clashes between pro-democracy protesters and police.