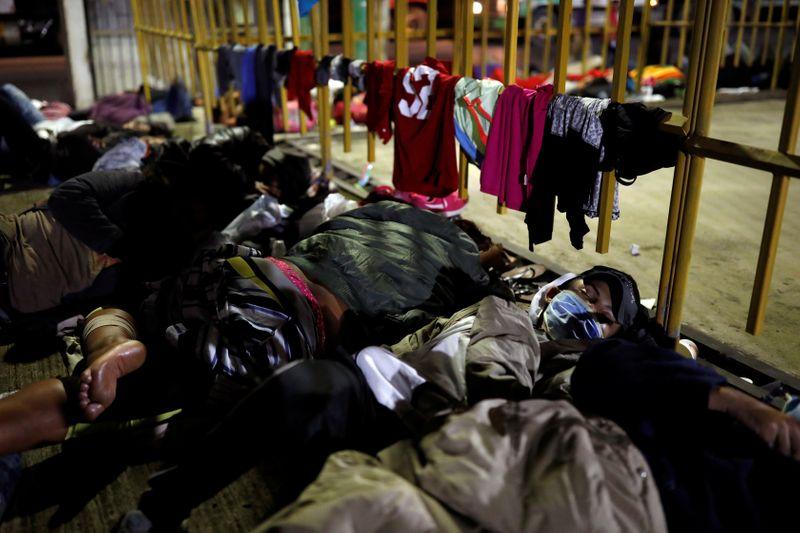 Hernandez's comments came after Honduras on Friday requested that the United States extend the Temporary Protected Status (TPS) of about 44,000 of its citizens, due to expire Jan. 4, to help deal with the impact of hurricanes Eta and Iota.

"In the United States, during the meeting with the acting secretary of the Department of Homeland Security (Chad Wolf), they told us that the TPS that was going to end in January will be extended," Hernandez said on national television.

The DHS has not announced any changes to TPS and did not immediately respond to a request for comment.

Hernandez did not say how long the protections would be extended, though past TPS extensions have been for between a year and 18 months.

Hernandez and Foreign Minister Lisandro Rosales put the request to Wolf in Washington last week during a visit to seek aid after Eta and Iota affected millions of Hondurans, damaged or destroyed nearly 80,000 homes and killed 100 people.

Guatemala has also requested extended TPS protection for its citizens.

Hondurans living in the United States have had access to TPS since the accord was brokered after Hurricane Mitch wreaked havoc on the impoverished Central American country in 1998.

Hundreds of thousands of immigrants from El Salvador, Haiti and Nepal were due to be expelled from the United States in early March after a wind-down period, according to a court ruling that sided with the Trump administration and was expected to also affect Hondurans under TPS.

The incoming U.S. government of President-elect Joe Biden is not expected to follow through with the expulsions.

They are among more than 1 million Hondurans living legally and illegally in the United States who send about $5 billion a year back home, a major source of economic support for Honduras.