Hillary Clinton says watching documentary about her life was 'humbling'

By Lisa Richwine PASADENA, Calif. (Reuters) - Hillary Clinton said she experienced several humbling moments while doing interviews for and watching a new documentary about her life, her surprise loss in the 2016 U.S 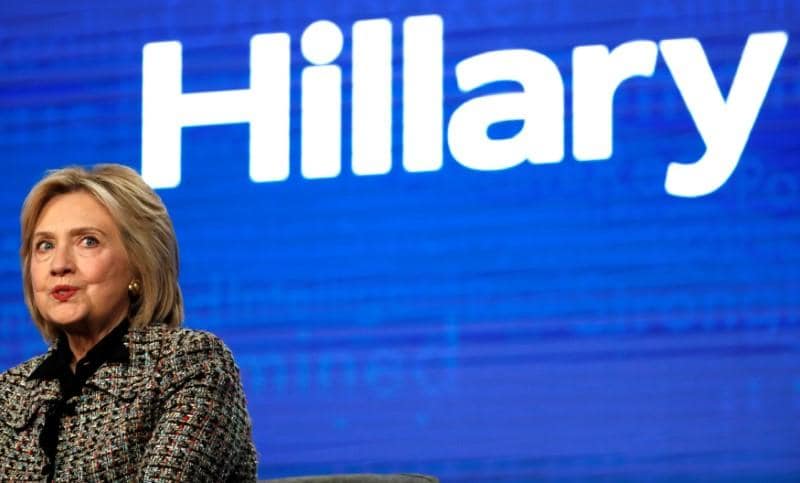 PASADENA, Calif. (Reuters) - Hillary Clinton said she experienced several humbling moments while doing interviews for and watching a new documentary about her life, her surprise loss in the 2016 U.S. presidential campaign, and the polarizing attitudes she inspired throughout her five-decade career.

The four-part documentary, titled "Hillary," which debuts on Hulu on March 6, chronicles Clinton's life, from her upbringing in Chicago to Yale law school, first lady, senator, secretary of state and her failed bid to become the first female U.S. president. It also explores how Clinton's rise dovetailed with the push for women's equality.

Clinton took part in 35 hours of interviews with filmmaker Nanette Burstein, who collected behind-the-scenes footage during the 2016 campaign. Both said that no topics were off limits. Clinton, who is now 72, discussed everything from her loss to Donald Trump to her husband's infidelity that led to his 1998 impeachment. Bill Clinton also was interviewed for the film.

"There were a lot of humbling moments," Clinton said on Friday at a Television Critics Association event where she previewed the documentary. "One was the recognition that I have been often, in my view, mischaracterised, misperceived, and that I have to bear a lot of the responsibility for that."

"I would just kind of blow it off, brush it off, not think about it," she said.

Clinton said she was often surprised by the reaction to comments she made that she felt "were not that far out of the ordinary."

While watching the documentary, she said there were times she wished she could have conveyed her thoughts in a better way.

"But I also know that I was this lightning rod, and I was somebody who people were quick to judge, often having nothing to do with me, but with the times and with the attitudes about women," she said.

Filmmaker Burstein said she choose Clinton as a subject in part because she wanted to explore how Clinton had provoked such strong and opposite opinions.

"I wanted people to understand this is a historical figure who is incredibly polarizing, and why," Burstein said. "One of the processes I was trying to show was how did this come to happen."