By Estelle Shirbon LONDON (Reuters) - American actress Amber Heard likened Johnny Depp to Dr Jekyll and Mr Hyde in a series of texts to her mother in 2013, saying she was heartbroken to discover her then boyfriend became violent and abusive when high on drugs and alcohol. The texts were read to the High Court in London, where Heard, 34, gave evidence on behalf of the publishers of a British tabloid newspaper, The Sun, who Depp is suing for defamation over a 2018 article that called him a 'wife beater'. Depp, 57, gave evidence last week, denying all Heard's allegations of violence and abuse and saying she assaulted him 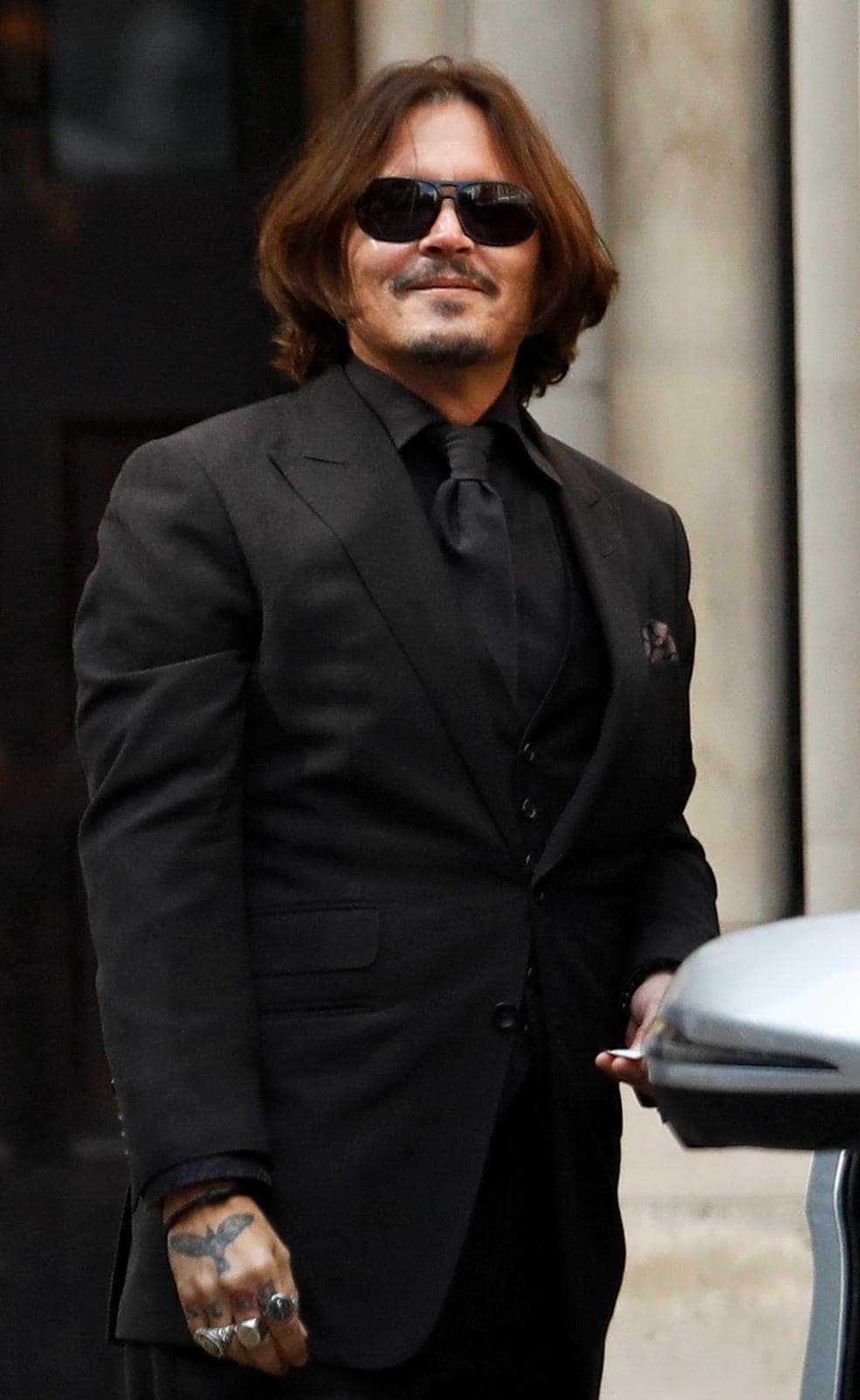 LONDON (Reuters) - American actress Amber Heard likened Johnny Depp to Dr Jekyll and Mr Hyde in a series of texts to her mother in 2013, saying she was heartbroken to discover her then boyfriend became violent and abusive when high on drugs and alcohol.

The texts were read to the High Court in London, where Heard, 34, gave evidence on behalf of the publishers of a British tabloid newspaper, The Sun, who Depp is suing for defamation over a 2018 article that called him a "wife beater".

Depp, 57, gave evidence last week, denying all Heard's allegations of violence and abuse and saying she assaulted him.

"He's nuts mom. Violent and crazy. I am heartbroken that THIS is who I love," Heard said in one of the texts she sent her mother on a day in March 2013 when, according to her, Depp was in a drug- and alcohol-induced rage.

Asked to explain what she meant by that, Heard told the court: "I was so in love with Johnny at that time."

Later on Thursday, her younger sister Whitney Henriquez appeared in court to back up her account of her relationship with Depp, who Heard met on a film set in 2011 and married in 2015.

Henriquez lived next door to the couple for a period and was sometimes asked to intervene in their disputes. She said she had once been close to Depp, who called her "sis".

Asked about one of the exhibits in the case, a photograph of a coffee table on which there are several lines of cocaine, a tampon applicator and a box with a skull and bones design on it labelled "property of JD", Henriquez she had passed the applicator to Depp to snort the cocaine.

"Johnny was fond of that trick," she said, rejecting an accusation from Depp's lawyer Eleanor Laws that the photo was a set-up.

In a written statement, released to media as she began her oral evidence, Henriquez said the relationship between Depp and Heard was tumultuous from the very start.

"Amber and Johnny are both very powerful forces and you couldn't make either of them do what they didn't want to do," she said.

Henriquez said in the document she saw Depp assault Heard during an argument at the couple's penthouse apartment in Los Angeles in March 2015. She is the only witness in the case, apart from Heard, to offer such a first-hand account.

"Johnny reached out to shove me out of the way to lunge at Amber," Henriquez said, adding that she was standing at the top of a flight of stairs at the time and had feared being pushed down. Henriquez said that, to protect her, Heard had struck Depp -- in line with what Heard herself had told the court.

"There was a struggle with me stuck in the middle of it, and he really went for Amber," Henriquez said. "Johnny grabbed her by the hair with one hand and I saw him punch her in the head really hard with his other hand multiple times."

Laws put it to Henriquez that she had fabricated that account and many other details in order to help her sister.

"I am telling the truth," Henriquez said.

Earlier, Heard was asked why she now said that Depp had grabbed her, shaken her and shoved her against a wall during the March 2013 incident, when at the time she had texted her mother that he had not hit her and that she was "ok physically".

Heard said her father had been violent towards her mother throughout their marriage, and that she became concerned her mother would tell her father about Depp's violence towards her. She was afraid of what her father's reaction would be.

On Friday, the court is due to hear the conclusion of Henriquez's testimony as well as evidence from the last three witnesses, who are friends of Heard's.

The trial is set to conclude next week, although no ruling is expected immediately.