Dubai: The United Arab Emirates on Friday welcomed Qatar's decision to amend its anti-terrorism laws, in one of the first positive signs from the UAE and three other Arab countries since they imposed sanctions on Doha last month.

In a move to counter their accusations of supporting terrorism, which it denies, Qatar has set rules for defining terrorism, freezing funding and terrorism financing and established national terrorism lists. 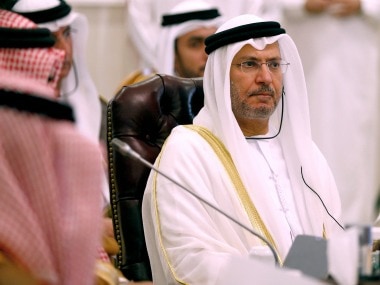 "The Qatari decree to amend the anti-terrorism law is a positive step to deal seriously with the 59 terrorists," UAE minister of state for foreign affairs Anwar Gargash said on Twitter.

Saudi Arabia, UAE, Egypt and Bahrain designated dozens of people with alleged links to Qatar as terrorists, including Muslim Brotherhood spiritual leader Yousef al-Qaradawi, and 12 entities, among them Qatari-funded charities.

"The pressure of the crisis has started to bear fruits, and the wiser course would be changing the whole orientation," Gargash added.

Gargash also said the countries’ concerns about Qatar’s relationship with Iran had eased since Kuwait ordered the expulsion of the Iranian ambassador and 14 other diplomats for alleged links to a "spy and terror" cell on Thursday.

The four countries led a diplomatic and economic campaign to pressure and isolate the small Gulf state, which is a critical global supplier of gas and hosts the biggest US military base in West Asia.

Last week, Qatar signed an accord with the United States on working together to fight terrorism financing. Details have not been released but sources said it provides for the United States to post officials at Qatar's state prosecutor's office.