By Saliou Samb CONAKRY (Reuters) - Guinea's top court on Saturday confirmed President Alpha Conde's victory in last month's election, rejecting accusations of fraud and handing him a third term his opponents say is unconstitutional. A campaign earlier this year by Conde, 82, to change the constitution in order to circumvent a two-term limit and subsequent candidacy in the Oct. 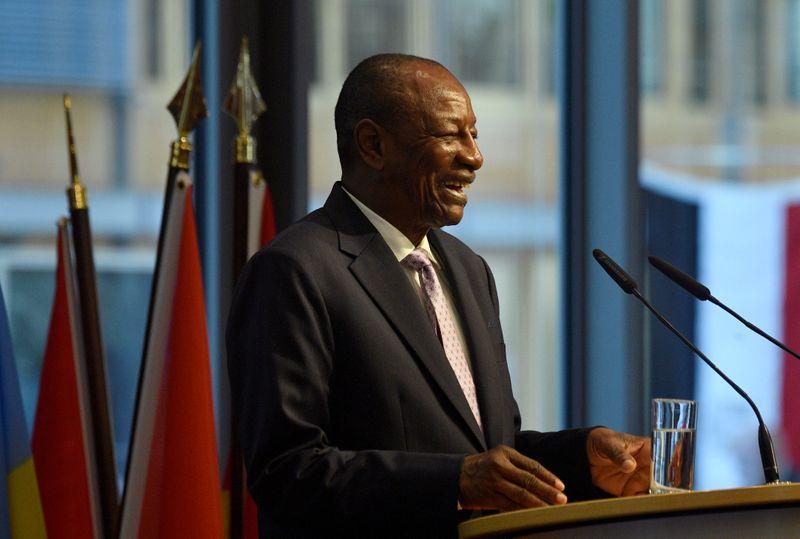 A campaign earlier this year by Conde, 82, to change the constitution in order to circumvent a two-term limit and subsequent candidacy in the Oct. 18 election sparked violent protests that resulted in the deaths of dozens of people.

Cellou Dalein Diallo, a former prime minister and Conde's main rival, joined other opposition candidates in alleging irregularities in the official poll results that showed Conde with 59.5% of the vote.

But constitutional court president Mohamed Lamine Bangoura said they had produced no evidence and declared Conde the winner.

"I dedicate this victory to all Guineans, whether they voted for me or not. Beyond our differences, it's the Republic of Guinea that we need to put above our personal ambitions," Conde said on his Facebook page.

Diallo condemned the court ruling but stopped short of calling for protests, as he has in the past.

"The members of the high court of our country preferred to place themselves at the service of a man and his ambitions rather than respecting their oath and defending the law," he said in a statement.

Conde's supporters celebrated in the streets of the capital Conakry, while police officers were deployed near Diallo's house to head off possible unrest.

In the opposition stronghold of Hamdallaye, in northwestern Guinea, security forces used tear gas to disperse Diallo supporters who had barricaded roads, a local resident said.

Ivory Coast President Alassane Ouattara was declared the winner of an election last month after running for a disputed third term.