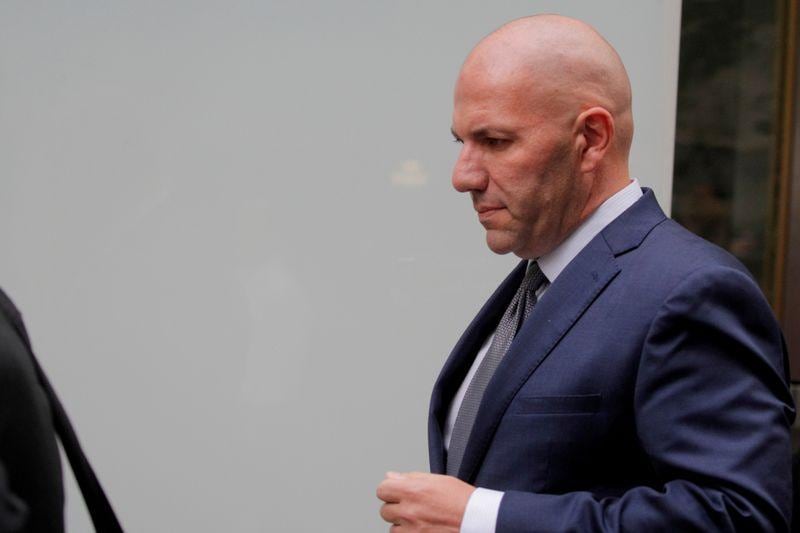 U.S. District Judge Paul Oetken in Manhattan accepted the plea and scheduled a Feb. 8, 2021 sentencing, where Correia could face 33 to 41 months in prison under recommended federal guidelines.

Giuliani has not been charged and has denied wrongdoing. Oetken said there was not a cooperation agreement.

The charges against Correia were part of a broader case against Parnas and Igor Fruman, who worked with Giuliani to help the former New York City mayor dig up damaging information about Democratic presidential candidate Joe Biden and his son Hunter.

Parnas, who was born in Ukraine, and Fruman, born in Belarus, face separate charges for allegedly using a shell company to make an illegal $325,000 donation for Trump's re-election.

Prosecutors said Correia and Parnas conned victims into investing more than $2 million into their Florida-based fraud insurance company Fraud Guarantee, only to then withdraw much of it for family or personal use, including political donations.

They also charged Correia with making false statements to the FEC related to the $325,000 donation, and scheming to channel donations to U.S. politicians from a Russian businessman to support a legal marijuana business.

Correia told Oetken he wanted the Fraud Guarantee investors "to participate in what I believed was a great project," but knew at the time this was wrong.

He also said his statements to the election commission "were probably false. I just wanted the FEC to end its investigation, which I believed was unwarranted."Parnas and Fruman were also charged in the marijuana case, as was the fourth defendant, Ukraine-born Andrei Kukushkin.

Parnas, Fruman and Kukushkin have pleaded not guilty. Correia is the only U.S.-born defendant, though all four defendants are U.S. citizens.

Giuliani told Reuters last October he was paid $500,000 for work he did for Fraud Guarantee.