Guatemalan president and minister have coronavirus, cabinet to test

By Sofia Menchu GUATEMALA CITY (Reuters) - Guatemalan President Alejandro Giammattei revealed on Friday that he had tested positive for the coronavirus, just as the Central American country was easing draconian travel restrictions imposed months ago to contain infections. 'The coronavirus test result was positive,' Giammattei told a local radio station 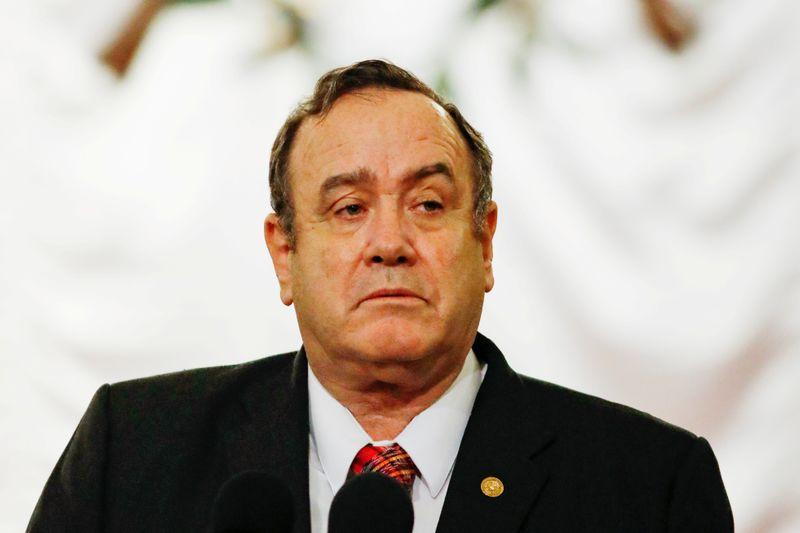 GUATEMALA CITY (Reuters) - Guatemalan President Alejandro Giammattei revealed on Friday that he had tested positive for the coronavirus, just as the Central American country was easing draconian travel restrictions imposed months ago to contain infections.

Giammattei said he was experiencing light symptoms. He said he had asked the entire cabinet to take a test and that he and all his ministers would work virtually for the moment.

Three days ago, the 64-year-old president delivered an Independence Day speech in Congress and was photographed mingling with lawmakers. He later took part in several public events with politicians.

Overall infections have been declining in the Central American country, which opened its international airport to commercial flights for the first time since mid-March on Friday along with land and maritime borders.

Only a few other world leaders have had confirmed coronavirus cases, including Brazilian President Jair Bolsonaro and British Prime Minister Boris Johnson. The president of neighboring Honduras came down with the illness earlier in the pandemic.

Guatemala has registered 84,344 coronavirus infections so far and 3,076 deaths.