New Delhi: Three days after she was stopped from boarding a flight to London by immigration officials, Greenpeace India activist Priya Pillai on Wednesday addressed British MPs through video conferencing and talked about the "struggle" of people of Mahan area in Madhya Pradesh.

"Pillai stuck to her commitment of taking the voices of struggle from Mahan to a global stage and addressed a gathering of British Parliamentarians at the Parliament in London on Wednesday," according to a statement released by Greenpeace India.

Pillai had been invited by the All Party Parliamentary Group (APGG) in the British Parliament to talk to MPs about the issue. 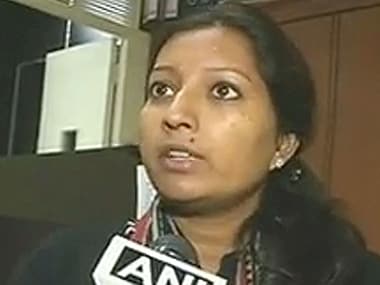 "The MPs were disappointed that Pillai could not be present in person as Skype was not the best way to understand a delicate issue like Mahan," the statement said.

Pillai, a senior campaigner for Greenpeace India, was stopped from boarding the flight to London prompting the environment NGO to accuse the government of intimidation, but officials said she was barred from leaving the country due to a look-out circular against her.

Pillai in her address today said,"I am here to represent the people of Mahan and talk about their struggle to ensure that their rights guaranteed under the Constitution of India are not trampled upon. The word 'Mahan' means 'Great' in Hindi and the community in Mahan personifies that spirit."

Commenting on the issue Labour Party MP, Virendra Sharma, who is also the Chair of Indo-British APPG said that the alleged detention of Pillai was a "worrying" development.

"Democracy requires freedom to campaign and freedom to question the government. I am proud of my Indian heritage and that I was born in the world's most populous democracy but any undeserved detentions are a shameful stain on a nation," he said.

Greenpeace India claimed that apart from Pillai, villagers from Mahan, who were also planning to go for the event were pulled up and interrogated by the local police.

The environment organisation said that three days after Pillai was barred from leaving the country, it is yet to hear from the government on the complaints they have raised with the Ministry of Home and External Affairs and the Airport Authority of India.