By Renee Maltezou and Michele Kambas ATHENS (Reuters) - Prime Minister Alexis Tsipras accepted the resignation of his foreign minister on Wednesday, Greece's first major political casualty in a drive to end a decades-old name dispute with Macedonia. Tsipras has said he will do whatever is required to ensure an agreement reached in June to rename the neighbouring country 'Republic of North Macedonia' gets implemented, but the deal faces opposition on both sides of the border. 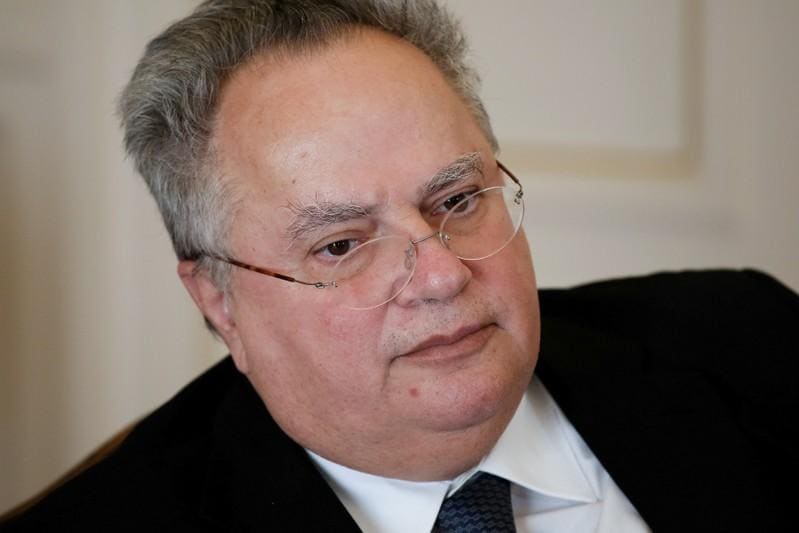 Tsipras has said he will do whatever is required to ensure an agreement reached in June to rename the neighbouring country 'Republic of North Macedonia' gets implemented, but the deal faces opposition on both sides of the border.

Foreign Minister Nikos Kotzias, who helped negotiate the name deal, and Defence Minister Panos Kammenos clashed over the issue in cabinet on Tuesday. Kammenos, who heads a small right-wing party, views the deal as a national sellout.

"They are both explosive characters," a witness told Reuters.

Tsipras' acceptance of Kotzias's resignation signalled he was willing to sacrifice one of his closest political allies to keep his fragile coalition government - comprising his left-wing Syriza party and Kammenos's Independent Greeks - in power.

Warning against further dissent, Tsipras said he would take over the foreign affairs portfolio himself.

"It is a decision not to tolerate, from now on, any double-speak from anyone, or any personal agenda (against)... the national line," he said in a televised statement, without elaborating.

Tsipras, whose Syriza party is trailing badly ahead of national elections due next year, is hoping a successful name change deal - a precondition set by Greece for lifting its veto on Macedonia joining the EU and NATO - will help boost his political standing abroad.

NOT A DONE DEAL

Greece's Western allies welcomed the June accord in a region where they jostle for influence with Moscow. Two Russian diplomats were expelled from Greece that same month on Kotzias's watch, accused of trying to foment Greek opposition to the deal.

Athens has insisted on the change because it views the name 'Macedonia' as implying a territorial claim on a northern Greek region of that name.

But the accord is still far from settled.

It is awaiting approval from both countries' parliaments and, though Macedonians backed the name change in a referendum last month, just 37 percent turned out to vote - too few for the result to be legally valid.

Kammenos has threatened to quit the coalition if it is put before the Greek parliament.

During Tuesday's fractious cabinet meeting, Tsipras asked his ministers to put their difference aside and back him if the opposition calls a no-confidence vote.

In a colourful tweet following his resignation, Kotzias waxed lyrical: "They wanted to bury me deep, but forgot I was a seed."

The irony of his departing to keep Kammenos and his party in the government was not lost on the centre-right opposition party New Democracy, which is leading in the polls.

"I think it's now abundantly clear Mr Tsipras is not just a weak prime minister, but a prime minister being blackmailed. And the quicker this farce ends, the better," New Democracy leader Kyriakos Mitsotakis said.