ISTANBUL/ATHENS (Reuters) - Turkey dispatched a vessel to conduct a seismic survey in a disputed area in the eastern Mediterranean, a move which Greece said was illegal and is likely to heighten tensions between the two NATO allies. 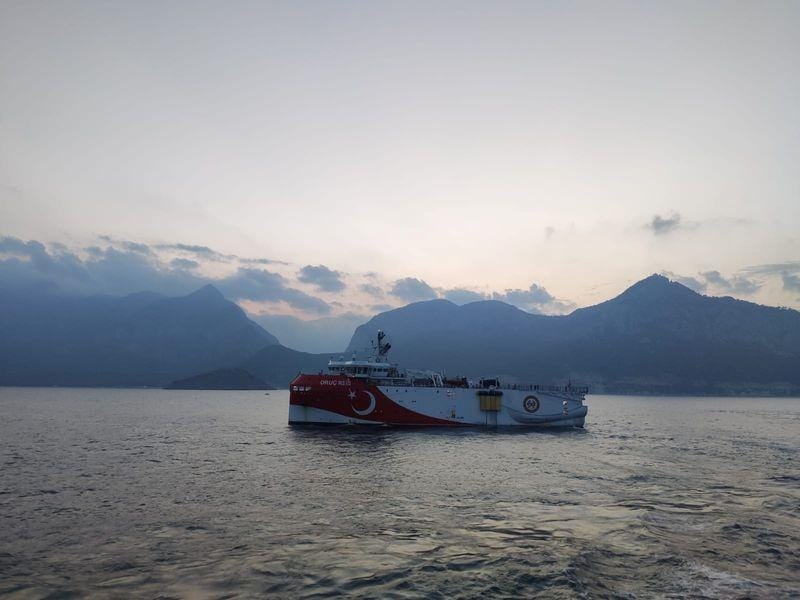 ISTANBUL/ATHENS (Reuters) - Turkey dispatched a vessel to conduct a seismic survey in a disputed area in the eastern Mediterranean, a move which Greece said was illegal and is likely to heighten tensions between the two NATO allies.

The advisory issued by the Turkish navy said the Oruc Reis vessel would operate in the area over the next two weeks.

The two countries are at odds over overlapping claims for hydrocarbon resources in the region. A similar advisory, or Navtex, last month prompted a dispute that was calmed after the intervention of German Chancellor Angela Merkel, leading Turkey to agree a pause in operations.

But President Tayyip Erdogan said on Friday Turkey had resumed energy exploration work in the region as Greece had not kept its promises on the issue.

Greek Prime Minister Kyriakos Mitsotakis chaired a meeting of the government council for defence issues on Monday which examined "ways of reaction to the Turkish provocation", the conservative premier's office said.

After the meeting, Greece's foreign affairs ministry issued a statement urging Turkey to "immediately cease its illegal activities which undermine peace and security in the region". [L8N2FC225]

Turkey dismissed the Greek objections, saying they had no legal basis, and vowed to continue operations. The foreign ministry said Turkey's military presence in the area, which it gave no details about, was purely defensive.

Earlier, Minister of State George Gerapetritis told Greek state TV Athens was in full "political and operational readiness". He reiterated that Greece stood ready to engage in a constructive dialogue with Turkey on their differences.

The NAVTEX, issued by the Turkish navy's office of navigation, covered an area of sea south of Turkey's Antalya and west of Cyprus. It will be in effect between Aug. 10-23.

The Oruc Reis vessel has already reached the location where it will operate after leaving anchorage off Antalya, Turkish Energy Minister Fatih Donmez said on Twitter.

Seismic surveys are part of preparatory work for potential hydrocarbon exploration. Turkey and Greece are also at odds over issues such as overflights in the Aegean Sea and ethnically divided Cyprus.

Erdogan's announcement of the new exploration work came after Egypt and Greece signed an accord last Thursday designating an exclusive economic zone between the two nations in the east Mediterranean.

Diplomats in Greece said that agreement nullified an accord reached last year between Turkey and the internationally recognised government of Libya, but Erdogan said Turkey would maintain its agreement with Libya "decisively".