BERLIN (Reuters) - Marking the 30th anniversary of the fall of the Berlin Wall and defying the scorn of vehicle snobs around the world, hundreds of Germans on Saturday marked the historic event with a parade of historic Trabant cars at a former border crossing. 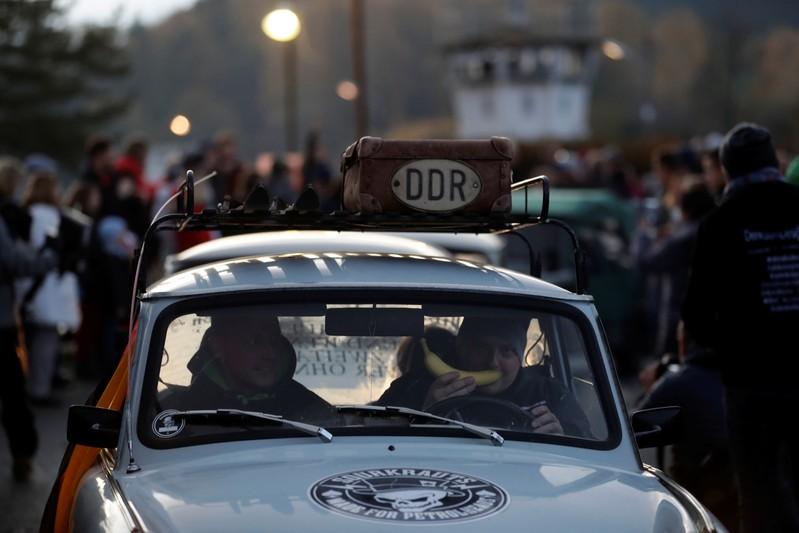 BERLIN (Reuters) - Marking the 30th anniversary of the fall of the Berlin Wall and defying the scorn of vehicle snobs around the world, hundreds of Germans on Saturday marked the historic event with a parade of historic Trabant cars at a former border crossing.

The revellers symbolically opened a gate at the former crossing between Thuringia and Bavaria, which used to divide East and West Germany, and allowed some 65 cars known affectionately as Trabis and other vehicles manufactured in the Communist-ruled German Democratic Republic to pass through.

The toppling of the wall, which separated the Communist-ruled East from the capitalist West in Berlin for nearly three decades and became a potent symbol of the Cold War, was followed a year later by the reunification of Germany in 1990.