LONDON (Reuters) - Ghislaine Maxwell, former girlfriend of the late Jeffrey Epstein, was arrested and charged by U.S prosecutors last week with luring underage girls so that the disgraced financier could sexually abuse them. The arrest of the British socialite, a friend of Prince Andrew, was the latest high-profile development in the investigation into Epstein, found dead in jail while awaiting trial on charges of trafficking minors. It has also turned the spotlight on Maxwell's family. 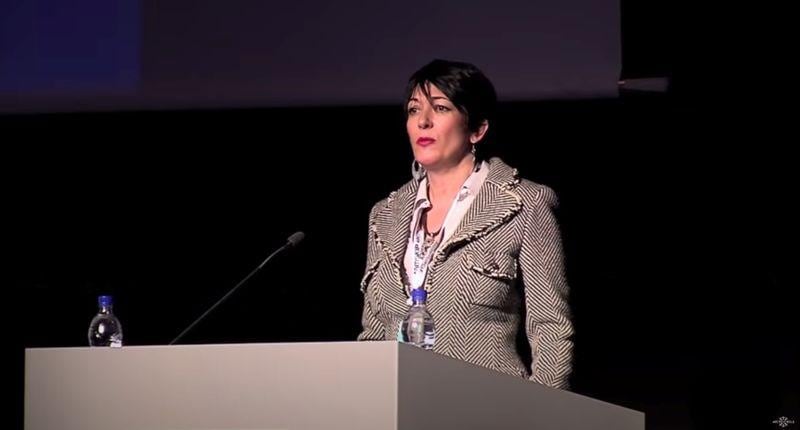 LONDON (Reuters) - Ghislaine Maxwell, former girlfriend of the late Jeffrey Epstein, was arrested and charged by U.S prosecutors last week with luring underage girls so that the disgraced financier could sexually abuse them.

The arrest of the British socialite, a friend of Prince Andrew, was the latest high-profile development in the investigation into Epstein, found dead in jail while awaiting trial on charges of trafficking minors.

It has also turned the spotlight on Maxwell's family.

WHO IS GHISLAINE MAXWELL?

She is the youngest of nine children of British media magnate Robert Maxwell, who died in mysterious circumstances in 1991.

WHO WAS ROBERT MAXWELL?

Born Jan Lodvik Hoch, he was the son of Jewish peasants from Czechoslovakia. He escaped the Nazi Holocaust which claimed his relatives and moved to Britain after World War Two having won a British army medal for gallantry.

He became a lawmaker for the Labour Party in the 1960s and was dubbed the “bouncing Czech” by then Labour Prime Minister Harold Wilson.

Despite an official ruling in 1971 that he was "not a person who can be relied upon to exercise proper stewardship of a publicly quoted company", he built up a vast publishing empire.

He owned the New York Daily News, and the Daily Mirror which battled Rupert Murdoch's Sun tabloid for circulation supremacy in Britain during the 1980s.

Considered a bully who used his large girth to physically dominate business meetings, he enjoyed a flamboyant lifestyle, owning a luxury yacht and a helicopter.

His wife Elisabeth described him as power crazy and strict with his children.

His body was found floating off the Canaries after he went over the side of his yacht - the Lady Ghislaine - in 1991 aged 68.

A pathology report said it was unlikely he had committed suicide, indicating he had drowned, although there was suggestions he was killed by Israel’s Mossad secret service.

"I think he was murdered," Ghislaine told Hello magazine in 1997.

After his death, Maxwell's empire crumbled. He had plundered employees' pension funds and had debts of 400 million pounds.

Sons Ian and Kevin attempted to save the business but it filed for bankruptcy in 1992 in one of Britain's biggest corporate collapses.

The brothers were charged with defrauding the pension funds but acquitted in 1996. However, the family's reputation was shattered.

"I live with its aftermath every day in terms of people's reaction to me as an individual in both my private and professional lives," Kevin said in 2001.

In the early 1990s, Ghislaine moved to New York, where she sold real estate and began her relationship with Epstein, who lived lavishly and attended society parties.

She introduced Epstein to Prince Andrew in 1999, having become friends with Queen Elizabeth's second son while she was at Oxford University.

Andrew has said he invited her and Epstein to events at the monarch's homes including Windsor Castle and Sandringham.

A photograph obtained by the Daily Telegraph newspaper showed her sitting on a throne alongside actor Kevin Spacey taken, the paper said, during a 2002 tour of Buckingham Palace organised by Andrew for former U.S. President Bill Clinton.

In a BBC interview last year, Andrew was asked about throwing a party for Ghislaine at Sandringham. He said it was just "straightforward shooting weekend" and also said he had visited her home in the Belgravia area of London.

It was there that a photograph was taken, apparently from 2001, which showed Maxwell next to Andrew with his arm around an American woman who has said she was forced to have sex with him.

Andrew has cast doubt on the photo's authenticity and denies having sex with the woman.