BERLIN/ANKARA (Reuters) - Turkey and Germany traded barbs on Tuesday after German soldiers boarded a Turkish vessel on behalf of an EU military mission in the Mediterranean, with Berlin calling its NATO ally's protests unjustified and Ankara saying the move was illegal. 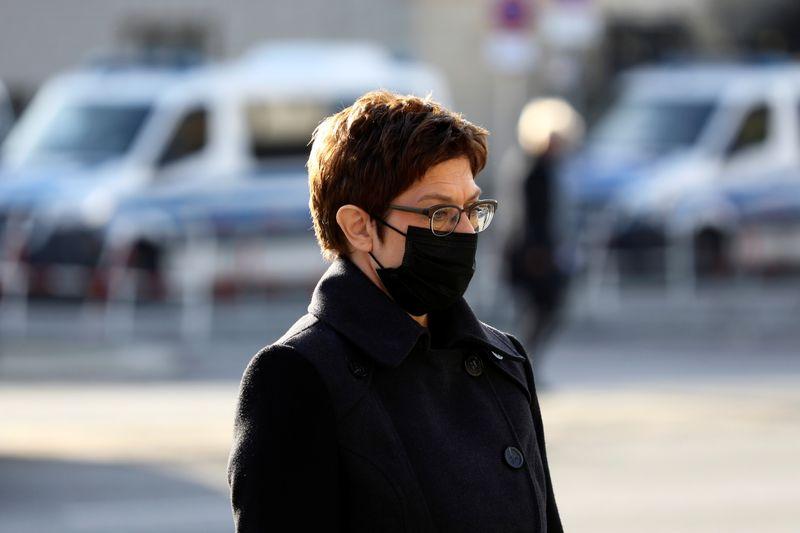 BERLIN/ANKARA (Reuters) - Turkey and Germany traded barbs on Tuesday after German soldiers boarded a Turkish vessel on behalf of an EU military mission in the Mediterranean, with Berlin calling its NATO ally's protests unjustified and Ankara saying the move was illegal.

Turkey protested on Monday after German forces belonging to the European Union's Irini mission, tasked with enforcing a U.N. arms embargo against Libya, boarded and searched a Turkish cargo ship the EU suspected of taking weapons to Libya illegally.

Ankara said the ship was carrying humanitarian aid and that the German team violated international law by not waiting for Turkish permission to board the Rosaline-A. It later summoned the EU, German and Italian envoys to Ankara to protest.

"The soldiers behaved correctly and acted absolutely in line with the mandate of the European mission Irini," she said. "The accusations that are being raised against the soldiers are unjustified."

Officials from Berlin and the Irini Operation have said they notified Turkey around four hours before boarding the ship and only went ahead after Ankara failed to respond to the notice.

Turkey denied that it had not responded, saying Irini forces "ignored the written and oral messages sent by Turkish authorities" before the boarding.

The foreign ministry said that when Turkey "protested this unlawful boarding and reserved its rights for compensation, IRINI changed its position and realized that they could not board the ship without the flag-state consent".

The NATO allies have both said nothing suspicious was found on the 16,000-tonne container ship.

The incident comes at a time of friction between Turkey and the European Union. The EU's foreign policy chief has said ties are reaching a "watershed moment" over Turkish oil prospecting in waters claimed by Greece and Cyprus, and that sanctions could be imposed next month.

(Reporting by Sabine Siebold in Berlin and Tuvan Gumrukcu in Ankara; Editing by Ece Toksabay, Catherine Evans and Alex Richardson)