BERLIN (Reuters) - German President Frank-Walter Steinmeier expressed concern on Tuesday that Europe's relations with the United States could suffer irreparable damage, and urged Washington not to view the world as a boxing ring 'in which everyone fights everyone'. His comments follow President Donald Trump's decision to impose import tariffs on metals from the European Union and his criticism of Germany's political leadership. 'I am less worried about the future of American democracy than about the future of our transatlantic partnership,' Steinmeier, who twice served as German foreign minister, said in the text of a speech for delivery in Los Angeles 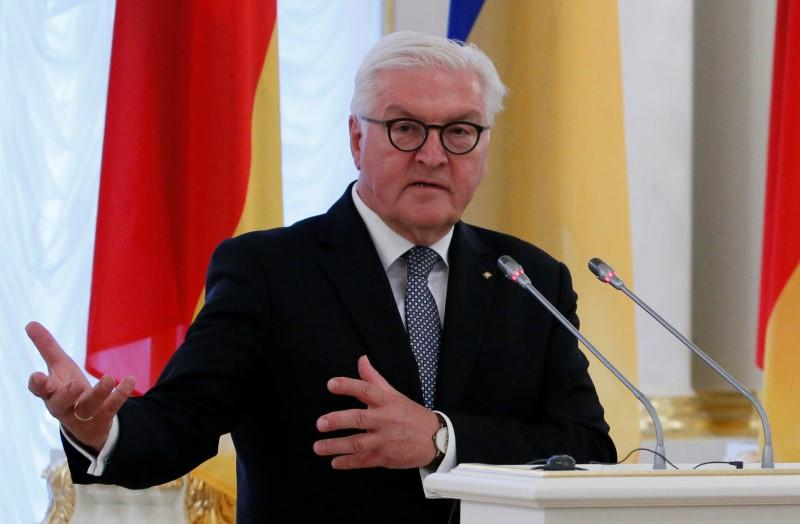 BERLIN (Reuters) - German President Frank-Walter Steinmeier expressed concern on Tuesday that Europe's relations with the United States could suffer irreparable damage, and urged Washington not to view the world as a boxing ring "in which everyone fights everyone".

His comments follow President Donald Trump's decision to impose import tariffs on metals from the European Union and his criticism of Germany's political leadership.

"But the damage of today's shock could be more profound, long-term - and above all irreparable," he added.

Trump took aim on Monday at Germany, where Chancellor Angela Merkel's coalition is embroiled in a row over immigration policy.

"The people of Germany are turning against their leadership as migration is rocking the already tenuous Berlin coalition. Crime in Germany is way up. Big mistake made all over Europe in allowing millions of people in who have so strongly and violently changed their culture!" he wrote on Twitter.

Merkel rebuffed on Tuesday Trump's assertion that migrants were behind any surge in crime in Germany, pointing to statistics that showed the rate was in fact down.

Steinmeier said: "I believe America needs partners ... But America can only recognise such a partnership if it sees the 'West' as more than a point of the compass and in the world more than a boxing ring in which everyone fights everyone."