BERLIN (Reuters) - German Health Minister Jens Spahn tested positive for the coronavirus on Wednesday afternoon, the health ministry said, adding that he had placed himself in home quarantine. 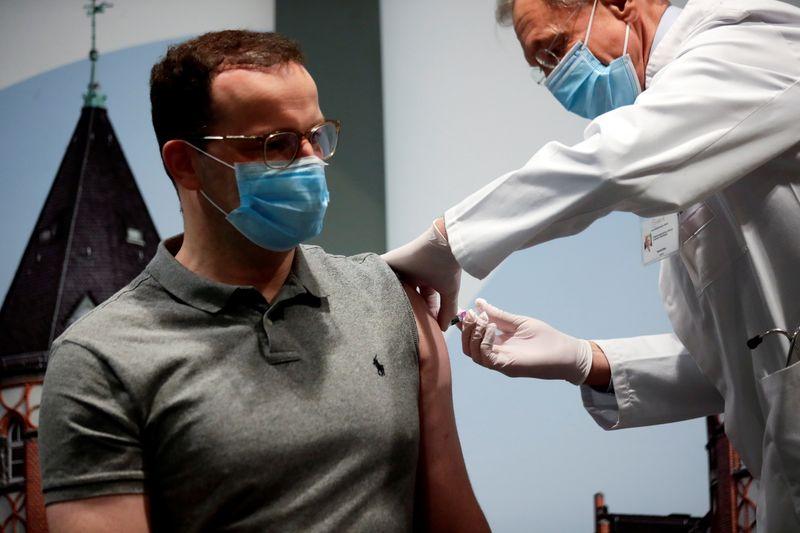 BERLIN (Reuters) - German Health Minister Jens Spahn tested positive for the coronavirus on Wednesday afternoon, the health ministry said, adding that he had placed himself in home quarantine.

Spahn, 40, was suffering from cold-like symptoms, the ministry said. People he had been in contact with were being informed.

A government spokesman said Spahn had attended a cabinet meeting earlier on Wednesday, but other cabinet ministers would not necessarily have to go into quarantine.

Since the start of the pandemic, the cabinet has moved its meetings to a large conference hall in Berlin's vast, post-modernist Federal Chancellery building, so that ministers can be kept far apart.

"The federal cabinet meets in compliance with hygiene and distance rules, which aim to ensure that even if a person who later tests corona-positive were to participate, quarantining of other or even all participants would not be necessary," the government spokesman said.

While Germany's infection rates are lower than in much of Europe, they have been accelerating and hit a daily record of 7,830 on Saturday, according to the Robert Koch Institute, Germany's federal disease prevention agency.

Other senior politicians, including President Frank-Walter Steinmeier and Labour Minister Hubertus Heil, are in home quarantine after contact with infected people, though none has so far tested positive.

Finance Minister Olaf Scholz was one of many politicians to wish Spahn well.

"Dear @jensspahn, this is not good news," he Tweeted. "I wish you a full and complete recovery!"

Spahn has urged Germans to stick to social distancing rules to keep infections at a manageable level.

Earlier this month he said Germans face a "test of character" to contain a surge in the number of coronavirus cases.

Spahn, a popular member of Chancellor Angela Merkel's government, had been expected to run for the leadership of their Christian Democrats earlier this year but backed Armin Laschet, premier of Germany's most populous state North Rhine-Westphalia.

The party will pick a new leader in December.