By Riham Alkousaa and Maria Sheahan BERLIN (Reuters) - The head of the Catholic Church in Germany apologised on Tuesday 'for all the failure and pain', after a report found thousands of children had been sexually abused by its clergy, and said the 'guilty must be punished'. Researchers from three German universities examined 38,156 personnel files spanning a 70-year period ending in 2014, and found indications of sexual abuse by 1,670 clerics, with more than 3,700 possible victims. German magazine Der Spiegel reported the findings earlier this month after the report was leaked. 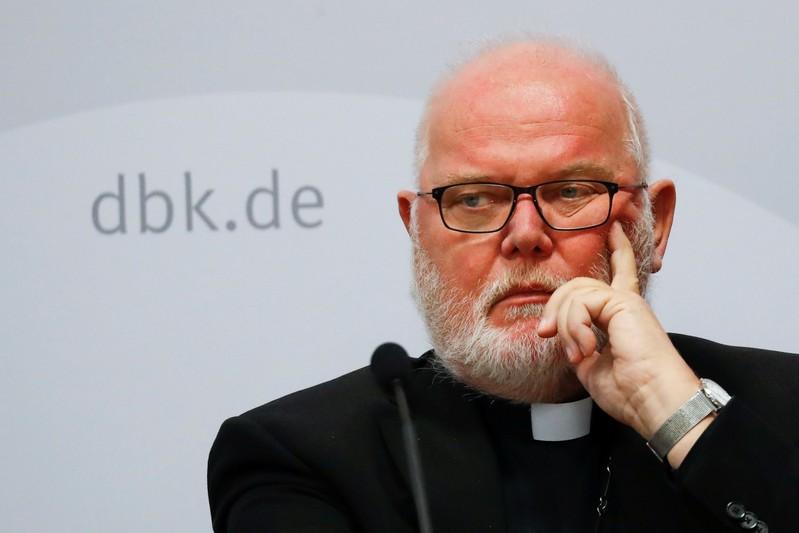 By Riham Alkousaa and Maria Sheahan

BERLIN (Reuters) - The head of the Catholic Church in Germany apologised on Tuesday "for all the failure and pain", after a report found thousands of children had been sexually abused by its clergy, and said the "guilty must be punished".

German magazine Der Spiegel reported the findings earlier this month after the report was leaked. The scandal comes as the church is grappling with new abuse cases in countries including Chile, the United States and Argentina.

"Those who are guilty must be punished," Cardinal Reinhard Marx, chairman of the German Bishops' Conference, said at a news conference to launch the report in the city of Fulda.

"For too long in the church we have looked away, denied, covered up and didn't want it to be true," he added.

"All this must not remain without consequences. Those affected are entitled to justice," Marx said, without specifying what consequences perpetrators might face.

"For all the failure, pain and suffering, I must apologise as the chairman of the Bishops' Conference as well as personally," he said.

"The study .. makes it clear to us that the Catholic Church has by no means overcome the issue of dealing with the sexual abuse of minors."

Sexual abuse by Catholic clerics has not ended, Harald Dressing of the Central Institute of Mental Health, one of the report's authors, told the news conference.

He said many cases were likely to have never been reported or not taken seriously enough to be noted in the files.

"The resulting numbers (in the report) are the tip of an iceberg whose actual size we cannot assess," he added.

Around 51 percent of victims were aged 13 or younger when first abused, and most abusers committed their first offence when aged between 30 and 50, the study found.

It said 62 percent of those affected by sexual abuse were male.

"Neither homosexuality nor celibacy are the sole causes of sexual abuse of minors," Dressing said.

"But complex interaction of sexual immaturity and the denial of homosexual inclinations in ambivalent, sometimes openly homophobic surroundings, can provide further explanation for the predominance of male victims of sexual abuse by Catholic clerics."

Germany's Justice Minister Katarina Barley said in a statement the church had to report every case so the rule of law could apply.

"The massive abuse of trust, dependencies, and power from within the church is intolerable," she said.