By Timothy Heritage and Polina Ivanova LONDON/MOSCOW (Reuters) - George Blake, who died in Russia on Saturday at the age of 98, was the last in a line of British spies whose secret work for the Soviet Union humiliated the intelligence establishment when it was discovered at the height of the Cold War. Britain says he exposed the identities of hundreds of Western agents across Eastern Europe in the 1950s, some of whom were executed as a result of his treason 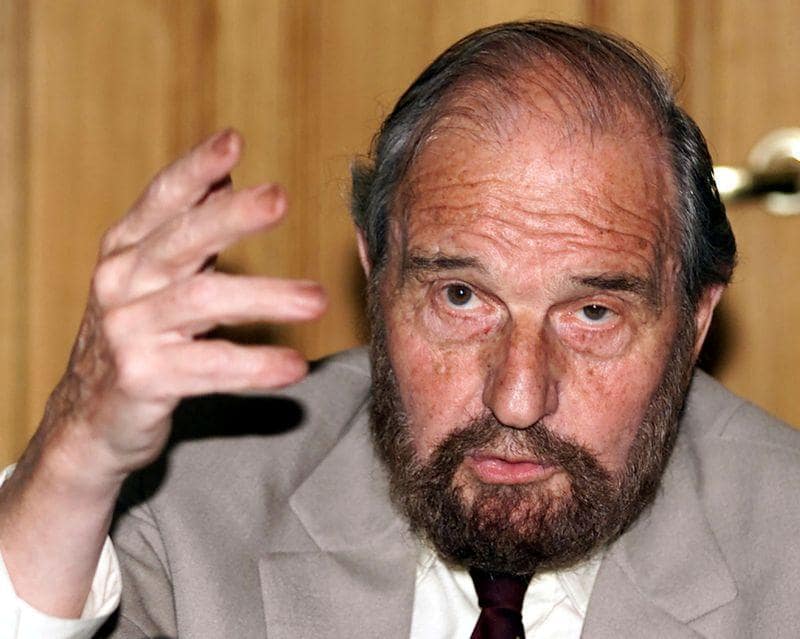 By Timothy Heritage and Polina Ivanova

LONDON/MOSCOW (Reuters) - George Blake, who died in Russia on Saturday at the age of 98, was the last in a line of British spies whose secret work for the Soviet Union humiliated the intelligence establishment when it was discovered at the height of the Cold War.

Britain says he exposed the identities of hundreds of Western agents across Eastern Europe in the 1950s, some of whom were executed as a result of his treason.

His case was among the most notorious of the Cold War, alongside those of a separate ring of British double agents known as the Cambridge Five.

Unmasked as a Soviet spy in 1961, Blake was sentenced to 42 years in London's Wormwood Scrubs prison. In a classic cloak-and-dagger story, he escaped in 1966 with the help of other inmates and two peace activists, and was smuggled out of Britain in a camper van. He made it through Western Europe undiscovered and crossed the Iron Curtain into East Berlin.

He spent the rest of his life in the Soviet Union and then Russia, where he was feted as a hero.

Reflecting on his life in an interview with Reuters in Moscow in 1991, Blake said he had believed the world was on the eve of Communism.

"I thought it could be, and I did what I could to help it, to build such a society. It has not proved possible. But I think it is a noble idea and I think humanity will return to it."

In a condolence message published by the Kremlin, Russian President Vladimir Putin said Blake was a professional of particular vitality and courage who made an invaluable contribution to global strategic parity and peace.

"The memory of this legendary person will be preserved forever in our hearts," he wrote.

Blake was born in Rotterdam in the Netherlands on Nov. 11, 1922, to a Dutch mother and an Egyptian Jewish father who was a naturalised Briton.

After the war, Blake served briefly in the German city of Hamburg and studied Russian at Cambridge University before being sent in 1948 to Seoul where he gathered intelligence on Communist North Korea, Communist China and the Soviet Far East.

He was captured and imprisoned when North Korean troops took Seoul after the Korean War began in 1950. It was during his time in a North Korean prison that he became a committed Communist, reading the works of Karl Marx and feeling outrage at heavy U.S. bombing of North Korea.

After his release in 1953, he returned to Britain and in 1955 was sent by MI6 to Berlin, where he collected information on Soviet spies but also passed secrets to Moscow about British and U.S operations.

"I met a Soviet comrade about once a month," he said in a 2012 interview published by Russian government newspaper Rossiyskaya Gazeta.

Blake described how, for these meetings, he had travelled to the Soviet-controlled sector of Berlin on a rail link joining different parts of the divided city. His contact would be waiting for him in a car and they would go to a safe house.

"I handed over films and we chatted. Sometimes we had a glass of Tsimlyansk champagne (Soviet sparkling wine)."

Blake was eventually exposed by a Polish defector and brought home to Britain, where he was sentenced and jailed.

When he escaped from Wormwood Scrubs, he left behind his wife, Gillian, and three children. After Gillian divorced him, Blake married a Soviet woman, Ida, with whom he had a son, Misha. He worked at a foreign affairs institute before retiring with her to a dacha, or country house, outside Moscow.

Blake, who went by the Russian name Georgy Ivanovich, was awarded a medal by Putin in 2007 and held the rank of lieutenant colonel in the former KGB security service, from which he received a pension.

"These are the happiest years of my life, and the most peaceful," Blake said in the 2012 interview marking his 90th birthday. By then, he said, his eyesight was failing and he was "virtually blind". He did not voice regret about his past.

"Looking back on my life, everything seems logical and natural," he said, describing himself as happy and lucky.

Though he worked separately from the Cambridge Five - a spy ring of former Cambridge students who passed information to the Soviet Union - Blake said that during his retirement he got to know two of them, Donald Maclean and Kim Philby.

He reminisced about drinking martinis, the preferred cocktail of fictitious British spy James Bond, with Philby but said he was closer in spirit to Maclean.

John Cairncross, the last to be publicly identified by investigative journalists and former Soviet intelligence officers, died in England in 1995.