By Nidal al-Mughrabi SHEIKH ZAYED CITY, Gaza Strip (Reuters) - For two decades Palestinians have revered the founder of the United Arab Emirates for his generosity, especially those living on the Gaza housing estate that bears his name. 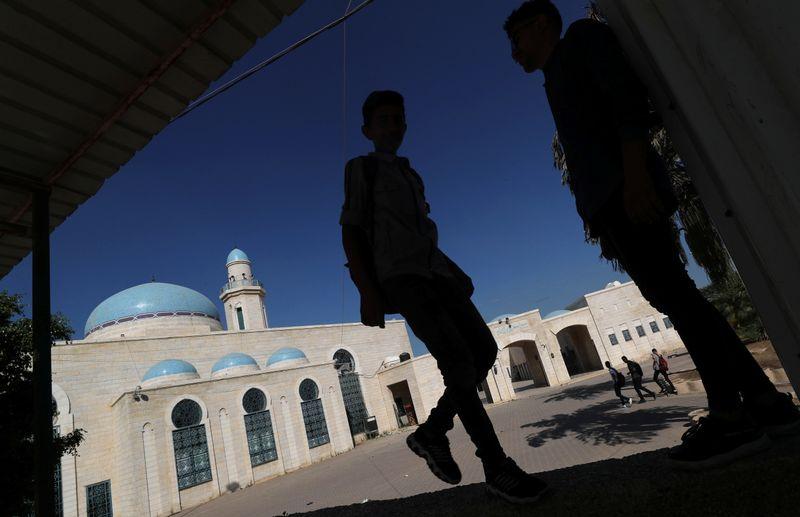 SHEIKH ZAYED CITY, Gaza Strip (Reuters) - For two decades Palestinians have revered the founder of the United Arab Emirates for his generosity, especially those living on the Gaza housing estate that bears his name.

The $62 million development was gifted to the Palestinians a decade and a half ago by the late Sheikh Zayed bin Sultan Al Nahyan, who died in 2004, to provide homes for hundreds of families.

The estate changed the face of northern Gaza with its paved roads, 70 multi-floor residential buildings, gardens and a mosque, all adjoining Gaza's largest refugee camp, Jabalia.

But gratitude to the UAE's founding father has turned to anger at his son - Abu Dhabi's Crown Prince Sheikh Mohammed bin Zayed al-Nahyan, widely known as MbZ - after the Emirates' Aug. 13 announcement that it would become the first Gulf Arab state to sign a "normalisation" deal with Israel. Bahrain followed suit a month later.

Although a majority of Gaza's two million population need humanitarian assistance, Sheikh Zayed City resident Maher Hmaida, 57, said that providing aid to Palestinians did not give the UAE the right to make peace with the country he calls his "enemy" - Israel.

The anger across the estate is mirrored elsewhere in Hamas Islamist-run Gaza and in the West Bank, where Palestinians fear the UAE's move will weaken a long-standing pan-Arab call for Israeli withdrawal from occupied land and acceptance of Palestinian statehood in return for normal relations with Arab countries.

"How could his son do that? He should follow his father's example, not do the opposite," said Abdel-Rahman Tloly, 68, whose family was homeless for a year until they were housed in an apartment in Sheikh Zayed City in northern Gaza Strip.

"I don't like it, and no one does. We have fought for the sake of Jerusalem for 70 years, and he came and in seconds he wasted it."

Seeing the Israeli and UAE flags flying together "burnt my heart," said Tloly, recalling how his home in Jabalia camp was bulldozed by Israel during the second Palestinian uprising that began in 2000 and ended some five years later.

Gaza, measuring just 360 square kilometres (139 square miles), has for years been blockaded by Israel and Egypt, who cite security concerns over its rulers, Hamas.

But despite the political and economic troubles faced by Palestinians in the narrow coastal strip, Tloly said he now wanted nothing more from the UAE, which is due to sign the normalisation deal with Israel at the White House on Tuesday.

"It would be like someone feeding you before he slaughters you," he said.