(Corrects after MSI clarifies that MS Ladies' funded by USAID advise only on post-abortion care only, not abortion itself) By Tim Cocks OUAGADOUGOU (Reuters) - The Marie Stopes Ladies who drive from village to village in the remote north of Burkina Faso offering free contraception, advice on family planning, sexual health and sometimes post-abortion care, may have to stop work in June. The ten have been entirely funded by a $1.25 million grant from USAID but the U.S. 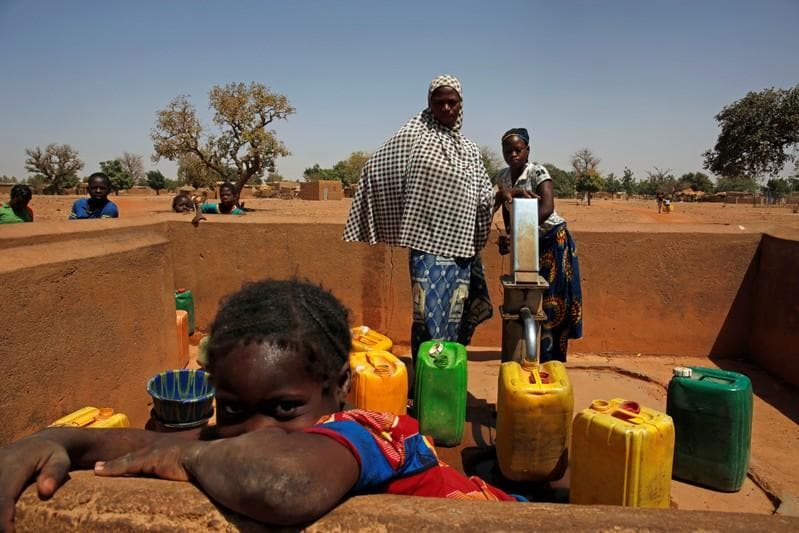 (Corrects after MSI clarifies that MS Ladies' funded by USAID advise only on post-abortion care only, not abortion itself)

OUAGADOUGOU (Reuters) - The Marie Stopes Ladies who drive from village to village in the remote north of Burkina Faso offering free contraception, advice on family planning, sexual health and sometimes post-abortion care, may have to stop work in June.

The ten have been entirely funded by a $1.25 million grant from USAID but the U.S. development agency cut all money for Marie Stopes International when it refused to comply with a rule reinstated by Republican President Donald Trump in January 2017.

It bans funding to any foreign NGO carrying out or offering advice on abortions anywhere. The goal is to please Christian conservatives who strongly oppose abortion and are a major part of Trump's political base.

MSI and the International Planned Parenthood Federation are among only four to reject the conditions of the order. They offer abortion services, in accordance with local rules, and say it is a last resort in preventing unwanted or unsafe births.

USAID says 733 other NGOS still receive funding. But in Africa, MSI and IPPF are the two largest NGO providers of free contraception and family planning advice.

The NGOs say the contraceptive programmes are crucial in Burkina, where the fertility rate is 5.5 births per woman.

In some villages the MS Ladies operate from government centres, supplementing the limited services on offer. The same grant also pays for training for health workers in 80 government clinics.

MSI says the cuts mean programmes affecting thousands of people in Burkina Faso are under threat.

"All those women who've been receiving free contraception will have to stop using it because they can't afford it," Georges Coulibaly, Marie Stopes' Burkina Faso manager told Reuters in the capital Ouagadougou.

The U.S. policy says foreign NGOs must certify that they will not "perform or actively promote abortion as a method of family planning in foreign countries or provide financial support to any other foreign ... (NGO) that conducts such activities," as a pre-condition for getting global family planning aid from the U.S. government.

This is even if the abortion care or advice itself is being funded by other donors as is the case in Burkina Faso.

The rule was first introduced by Republican President Ronald Regan in 1984. Republican presidents since have signed it, while Democrat presidents disagreed with the policy and reversed it.

This means funding for such NGOs has been volatile -- the policy has been in force for 17 of the last 35 years.

A spokesman for USAID and an official for the State Department declined to say how much money the United States now provides for global family planning programmes.

In 2015 when Democrat Barack Obama was president, it was $638 million. MSI received around $30 million a year, around 9 percent of its total funding, before the cut.

MSI say the cuts forced it to axe a voucher programme in Madagascar and 22 out of 62 outreach teams there. In Uganda, 17 out of 35 teams are gone. And in Zimbabwe, where MSI has an extensive presence, it has shut down half of the 1200 teams it had going from village to village.

IPPF has shut 22 programmes in sub-Saharan Africa and has others closing this month in Togo, Ethiopia and Ivory Coast. This is because it has lost USAID funding, Caroline Kwamboka, IPPF's senior advocacy manager for Africa said.

The USAID money for the MS Ladies in northern Burkina was due to run out in April but UK development agency, UK Aid, stepped in to keep it afloat until June.

Coulibaly is hoping other donors will fill the gap to keep the project open. They include the Hewlett-Foundation, the Waterloo Foundation, the United Nation Population Fund (UNFPA) and the Gates Foundation.

IPPF operations are not under threat in Burkina Faso as other donors finance its projects there.

Attitudes towards contraception in Burkina Faso are mixed. Some religious leaders say it is immoral and abortion is illegal except for cases of rape or where the mother or baby is at risk.

But as in other West African countries government campaigns to persuade them to space births out for the sake of maternal health have been effective in recent years.

In 2011, West African governments signed up to the Ouagadougou Partnership to try to reach an extra 2 million contraceptive users by 2020.

With their funding under threat, NGOs and others are looking for ways to keep their coffers full.

In February Trump singled out the UNFPA, the single largest provider of free contraception in Africa, for a funding ban, on grounds of complicity in forced abortions in China. The UN agency denies this.

"The American people do not want to be complicit in killing unborn children in the United States, in Africa or anywhere else," said Republican Congressman Chris Smith of New Jersey told Reuters by phone.

In 2015 the agency received $32 million in U.S. funding. But other country donors were so alarmed by Trump's cut that they covered the shortfall and increased the budget in 2017, said UNFPA's West and Central Africa director Mabingue Ngom.

"There was a positive impact from the (U.S.) cuts to our funding," he said. "It ended up bringing us more resources."

NGOs rely on a more varied mix of funding so closing the gap is harder.

An official for the U.S. State Department, which is responsible for USAID, said if an NGO loses its funding, it tries to help shift operations to other NGOS.

"When an NGO has declined to agree to the policy, affected departments and agencies work to transition the activities .... to other partners," the official said.

MSI and IPPF are taking steps to shift away from U.S. funds.

"We made a conscious decision to ensure that more (recipient) countries had more funders. This meant ... designing our proposals to include more country profiles that matched our donors' priorities," MSI spokesman Will Haris said.

The fluctuating funding has also been a wake up call for African leaders who promised in 2015 to boost healthcare to 15 percent of government spending. Most are behind target.

"Commitments have been made, but the money has not been forthcoming," IPPF's Kwamboka said. "This reliance on aid from other countries...it cannot go on."

(Additional reporting by Thiam Niaga in Nedgo and Lesley Wroughton in Washington; editing by Anna Willard)