Brussels: Top Paris attacks suspect Salah Abdeslam, one of the most wanted men in Europe, was captured in Brussels on Friday during a raid by armed police, French police sources said.

It was not immediately clear if Abdeslam, 26, believed to have played a key role in the November 13 attacks claimed by the Islamic State group that left 130 people dead, was injured in the raid. 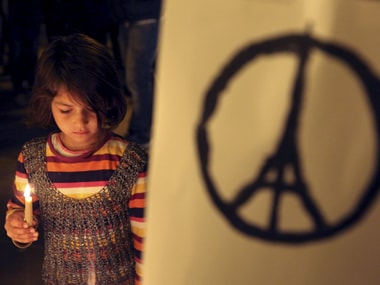 The dots will connect now that Abdeslam has been caught/ Reuters

One man was injured and another arrested unharmed in the raid in the gritty Molenbeek neighbourhood of the Belgian capital, French police sources said, without identifying which was Abdeslam.

The arrest came hours after prosecutors revealed that Abdeslam's fingerprints were found in an apartment in another part of Brussels earlier this week following a raid in which a suspected IS militant was killed.

Belgian Prime Minister Charles Michel held a crisis meeting after the arrest with French President Francois Hollande, who was in Brussels for a European Union summit.

Belgium has been at the centre of the investigation into the Paris attacks almost from day one.

Franco-Moroccan Abdeslam fled to Brussels after the attacks and is believed to have holed up in a flat for at least three weeks.

He slipped past three police checks in France as he fled to Belgium just hours after the terror assaults, a source close to the probe said in December.

His brother Brahim, who blew himself up in the massacre, was buried in a discreet ceremony on Thursday in Brussels.

Another of the Paris attackers, Bilal Hadfi, was buried quietly in the same cemetery in the northwest of the city last week.

The ringleader of the attacks, IS member Abdelhamid Abaaoud, was also from Brussels. He was killed in a raid in Paris in November.

Both had links to Molenbeek, a largely immigrant district which has been a hotbed of Islamist violence for decades.

Earlier this week, Belgian and French police raided an apartment in the Forest district of Brussels, shooting dead a 35-year-old Algerian identified as Mohamed Belkaid, who was living illegally in Belgium.

Police found a Kalashnikov assault rifle, extremist Islamic literature and an IS flag near Belkaid after he was shot.

He was reportedly on a list of IS fighters leaked last week as a volunteer to commit a suicide bomb attack.

Prosecutors then announced on Friday that Abedslam's fingerprints had been found in the Forest apartment.

"We can confirm that fingerprints of Salah Abdeslam were found in the apartment in Forest," spokesman for federal prosecutors Eric Van Der Sypt told AFP, without elaborating.

Another Abdeslam fingerprint was found in December in a different Brussels apartment, where investigators believe the fugitive hid for three weeks immediately following the attacks.

Prosecutors also said that the man killed in the Forest shootout was very likely a suspect wanted by police in connection with the Paris attacks.

Investigations show that "the so-called Samir Bouzir, against whom a wanted notice was issued, most probably is the Algerian national Mohamed Belkaid" killed Tuesday, a statement said.

Authorities in December determined that a fake identity card in Bouzir's name was used to wire 750 euros ($800) from a Brussels Western Union office to the cousin of Abdelhamid Abaaoud four days after the massacre in the French capital.