By Sudip Kar-Gupta and Matthias Blamont PARIS (Reuters) - French Prime Minister Jean Castex said on Friday his government was not planning a new, nationwide lockdown to contain a resurgence in COVID-19 cases, but would instead implement a raft of less radical measures. 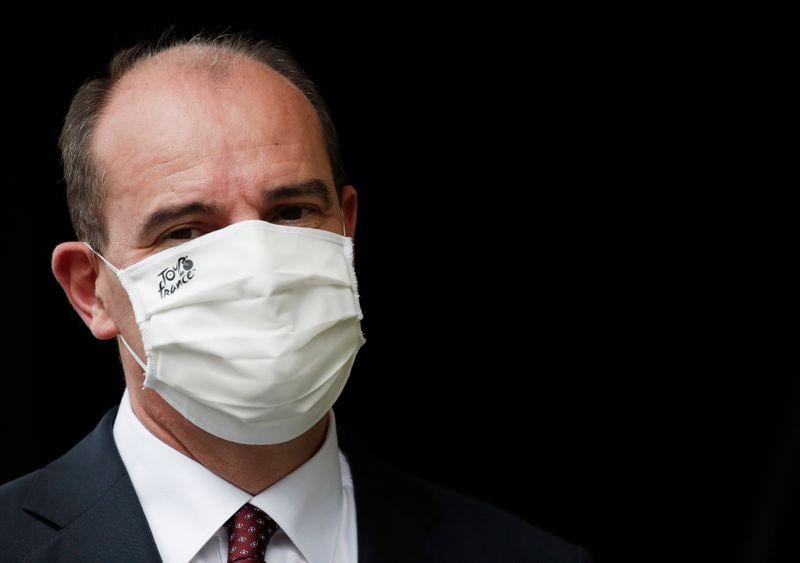 PARIS (Reuters) - French Prime Minister Jean Castex said on Friday his government was not planning a new, nationwide lockdown to contain a resurgence in COVID-19 cases, but would instead implement a raft of less radical measures.

France has the world's seventh-highest COVID death toll, and President Emmanuel Macron's government is trying to curb the virus while ensuring that economic and social activities, such as schoolchildren's education, can continue as much as possible.

Castex said new measures would include fast-tracked testing for priority cases to reduce time spent waiting for results, and targeted restrictions in areas of the country hit especially hard by the pandemic.

"The virus is with us for several more months and we must manage to live with it without letting ourselves get drawn once again into a narrative of nationwide lockdown," Castex said in a televised address.

France reported 9,406 new COVID cases on Friday, which followed 9,843 new cases recorded on Thursday. The number of French COVID deaths rose by 40 over the last 24 hours to stand at 30,893 casualties. (https://tmsnrt.rs/3aIRuz7)

France imposed a strict lockdown in March, at the height of the epidemic's first wave. That succeeded in preventing hospitals from being overwhelmed by COVID-19 cases, but also dealt a severe blow to the euro zone's second-biggest economy.

That lockdown was relaxed towards the start of May. Since then, the number of cases has gradually risen and the number of people sick enough with the virus to need hospital treatment has increased.

Castex said the rise in cases was particularly worrying in three areas - the cities of Marseille and Bordeaux, and the French Caribbean territory of Guadeloupe.

He said he had asked leaders of those regions to submit their proposals to him on Monday for local measures to contain the spread of the virus.

Local officials throughout France would have enhanced powers to impose new restrictions if they deemed it necessary, including making some businesses reduce their opening hours, the prime minister said.

Castex, who himself is in isolation after coming into contact with someone infected with COVID-19, said some French citizens had let down their guard against the disease.

They needed to be more disciplined about social distancing, washing their hands and wearing masks, he said.

"I solemnly appeal today to the sense of responsibility of each one of you," said Castex.

"The only way we will succeed in stopping this epidemic is if all of us are vigilant and stick together."