LONDON (Reuters) - The wife of a British academic who was jailed by a UAE court on spying charges called on the Emirati authorities on Thursday to review his life sentence and free her husband. Matthew Hedges was sentenced to life in prison on charges of spying for the British government on Wednesday in a move described as deeply disappointing by Prime Minister Theresa May 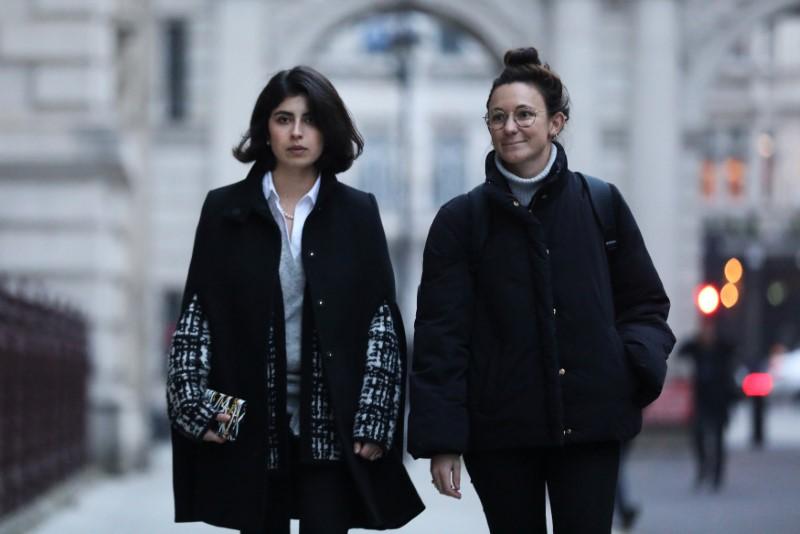 LONDON (Reuters) - The wife of a British academic who was jailed by a UAE court on spying charges called on the Emirati authorities on Thursday to review his life sentence and free her husband.

Matthew Hedges was sentenced to life in prison on charges of spying for the British government on Wednesday in a move described as deeply disappointing by Prime Minister Theresa May.

"Matt is innocent," Hedges' wife, Daniela Tejada, told Reuters. "Handing a life sentence to an innocent researcher who held the UAE in high regard speaks volumes about their lack of tolerance and respect for human life."

"They must review their sentence and release my husband who has already had more than six months taken away from us," Tejada said.

The UAE denied Hedges had been treated unfairly.

"Matthew Hedges has been treated fairly and according to the constitution of the UAE," a statement from the Gulf state's foreign ministry said.

The ministry denied reports that Hedges was not provided with translators, saying "it is not true that he was asked to sign documents he did not understand."

The 31-year-old doctoral student at Durham University has been held since May 5, when he was arrested at Dubai International Airport after a two-week research visit.

The evidence presented against him consisted of notes from his dissertation research, his family said.

A life sentence for a non-Emirati entails a maximum of 25 years in jail and is followed by deportation, according to state-run media.

British Foreign Minister Jeremy Hunt has said the handling of the case by Emirati authorities would have repercussions on relations between the old allies and urged them to reconsider their decision.

The UAE said both sides were looking for a solution.

"The UAE is determined to protect its important strategic relationship with a key ally," its statement said. "Officials from both countries have discussed the matter regularly over recent months. Both sides hope to find an amicable solution to the Matthew Hedges case."