PARIS (Reuters) - France has started administering shots of the COVID-19 vaccine inside the Stade de France, the national stadium that once hosted soccer's World Cup final. 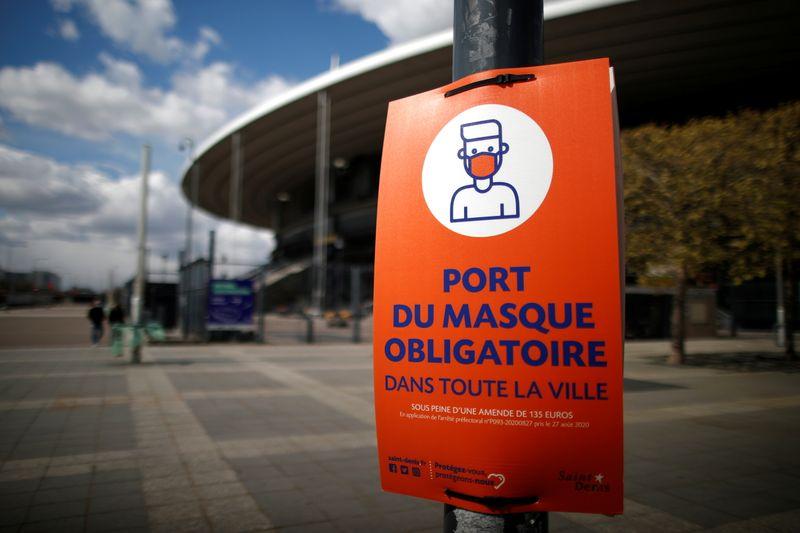 PARIS (Reuters) - France has started administering shots of the COVID-19 vaccine inside the Stade de France, the national stadium that once hosted soccer's World Cup final.

Queues of people snaked around the concourse, but where under usual circumstances they would have been lining up for a sports event, on Tuesday they were waiting for their jabs as part of a French bid to speed up its vaccination programme.

Inside the stadium, a space that in pre-pandemic times hosted conferences and VIP dinners had been fitted out with tents that were being used as cubicles to administer the vaccine.

"The Stade de France, which is a place of celebration, which is the temple of sporting feats in our country, has been at a standstill for nearly 400 days," Pierre Coppey, an executive with one of the stadium's co-owners, told reporters.

"What we can do here, by mobilising this vaccination centre, is speed up the return to a normal life," he said.

France needs to accelerate vaccinations because of a new wave of COVID-19 infections. Doctors say intensive care units in parts of the country are at risk of being overwhelmed by patients sick with the virus.

France is one of several European Union states re-vamping its vaccination rollout to make up lost ground.

Around 13% of the French population has been given at least one dose of the COVID-19 vaccine, while in nearby Britain the figure is at 47%, according to Reuters data.

Stadium managers say the handful of matches and concerts scheduled for the next few months can still go ahead, despite the opening of the vaccination centre.