By Geert De Clercq PARIS (Reuters) - France reported 4,711 new coronavirus infections over the past 24 hours on Thursday, a post-lockdown record and a level last seen during the height of the epidemic in France, but the number of people in hospital with the disease fell. During lockdown, France saw a peak of 7,578 infections per day on March 31, but since then, there have been only a few days when the number of new infections per day rose above 4,500, all in the first half of April 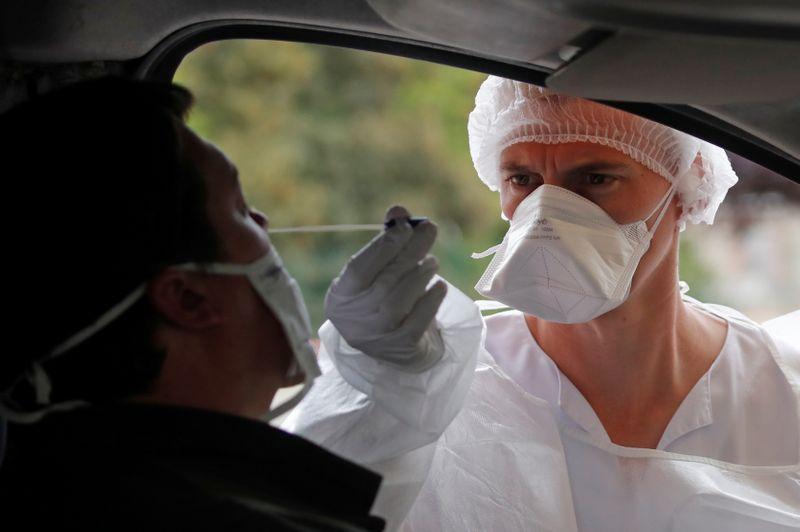 PARIS (Reuters) - France reported 4,711 new coronavirus infections over the past 24 hours on Thursday, a post-lockdown record and a level last seen during the height of the epidemic in France, but the number of people in hospital with the disease fell.

After lockdown ended on May 10, the number of new infections per day dropped to a low of just 115 on May 24 and the seven-day moving average of new infections - which smoothes out data reporting irregularities - dropped to 272 a few days later, health ministry data show.

Since then, the number of new infections per day has crept up to about 1,000 by the end of July, with an acceleration from mid-August. The seven-day moving average now stands close to 3,000, a level last seen mid-April.

The ministry said that over the past week, France had done over 664,000 virus tests and over six million since the start of the epidemic.

The government has said this is due to the fact that the virus is now mainly circulating among young people, who typically do not develop serious symptoms.

France reported 12 new deaths from COVID-19 on Thursday, in line with a moving weekly average in the low single digits.

The number of COVID-19 deaths in retirement homes has dropped off sharply. It had soared from a total of less than 1,000 in early April to over 10,000 by May 14. It slowly rose to 10,500 by mid-July and has been stable since then.