By Geert De Clercq PARIS (Reuters) - France probably needs to move into a third lockdown, perhaps as early as the February school holidays, because of the circulation of new variants of the virus, the government's top medical adviser on COVID-19 policy said on Sunday. 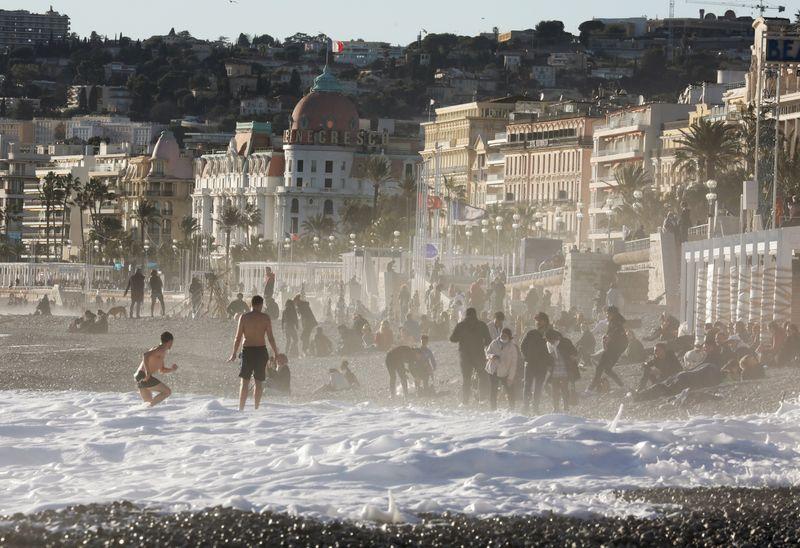 PARIS (Reuters) - France probably needs to move into a third lockdown, perhaps as early as the February school holidays, because of the circulation of new variants of the virus, the government's top medical adviser on COVID-19 policy said on Sunday.

French schoolchildren have two weeks off in February, but the entire month is a holiday month as three different zones stagger the start of their holidays by one week, with the first starting on Feb. 6.

"We probably need to go towards a confinement. Whether that needs to be a very strict confinement like the first one in March or a softer form like in November, that is a political decision," Jean-François Delfraissy, head of the scientific council that advises the government on COVID-19 response, told BFM television.

The government will meet on Wednesday to decide whether it needs to take extra measures.

"If we do not tighten regulations, we will find ourselves in an extremely difficult situation from mid-March," Delfraissy said.

He said it would make sense to make the new lockdown coincide with upcoming school break and to extend the holidays by at least a week.

On Jan. 16, France brought forward the start of a nightly curfew to 1800 CET for at least two weeks in a bid to slow down the spread of the virus, but since then the average number of new infections has increased from 18,000 per day to more than 20,000.

Delfraissy said the arrival of the more contagious UK, South African, Brazilian and now Californian variants have completely changed the pandemic situation in the past three weeks.

"These new variants are the equivalent of a second pandemic," he said.

He said data shows the UK variant is already at levels of 7% to 9% of cases in certain French regions, notably the Paris region and that it is now unstoppable, as it is being spread by French people, no longer just by people coming from Britain.

He said the one bright point was the vaccination campaign.

"In the three months from early February to end April, we will have a race between the arrival of the UK variant and vaccinating as many people as possible," he said.

He said he expects France will probably vaccinate 6 million to 8 million people by mid-April but added that Health Minister Olivier Veran's forecast of 70 million vaccinations by the end of August was unlikely to come true.

"I think we can vaccinate about 40% of the population by the end of summer, but not more," he said.