France helps hunt for killers of aid workers in Niger

NIAMEY (Reuters) - Soldiers from France and Niger combed a giraffe reserve and surrounding areas on Monday for signs of the gunmen who killed six French aid workers along with their local guide and driver, a French military source said. Attackers on motorbikes ambushed the group on Sunday while driving through the reserve, a popular destination for expatriates 65 km (40 miles) from Niger's capital Niamey in an area considered safe by the government 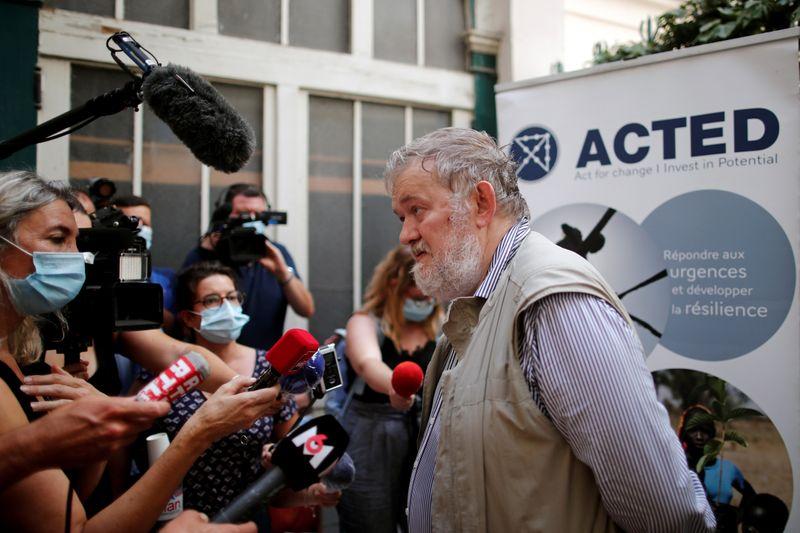 NIAMEY (Reuters) - Soldiers from France and Niger combed a giraffe reserve and surrounding areas on Monday for signs of the gunmen who killed six French aid workers along with their local guide and driver, a French military source said.

Attackers on motorbikes ambushed the group on Sunday while driving through the reserve, a popular destination for expatriates 65 km (40 miles) from Niger's capital Niamey in an area considered safe by the government.

Former colonial power France and other countries have warned people against travelling to parts of Niger where militants including Boko Haram and an affiliate of Islamic State operate in rural areas much further from the capital than the reserve.

"Military operations are ongoing today," including the use of air support, the source said.

"This heinous crime must not go unpunished, nor will it distract us from our commitment to support the people of Niger," said a statement from the charity ACTED, which employed the aid workers.

Marie-Pierre Caley, ACTED's director and co-founder, told reporters in Paris that the group, following security protocol, left Niamey at 0830 (0730 GMT) on Sunday and reported their arrival at the reserve an hour later.

An internal army memo seen by Reuters suggests the attack likely took place within an hour of arrival.

"Until yesterday, the area had not known any security incident, that is why the main road and the park are in the yellow zone," he said, referring to a colour system for risk.

No one has claimed responsibility.

The office of France's anti-terrorism prosecutor said it was launching an investigation. "Our determination to combat armed terrorist groups is resolute. The fight continues," French President Emmanuel Macron tweeted.

The reserve southeast of Niamey, where acacia bushes dot sandy plains, is home to West Africa's last sizeable population of giraffe in the wild.

France has 5,100 troops deployed in the arid region south of the Sahara desert, and the United States also has soldiers based in Niger. Nonetheless, militant violence has been on the rise.

(Reporting by Moussa Aksar and Boureima Balima in Niamey and Sudip Kar-Gupta, Tangi Salaun and Bate Felix in Paris; Writing by Richard Lough and Edward McAllister; Editing by Angus MacSwan and Andrew Cawthorne)