PARIS (Reuters) - France officially registered more than 15,000 deaths from coronavirus infections on Tuesday, becoming the fourth country to go beyond that threshold after Italy, Spain and the United States, while the rate of increase of fatalities is slightly up again after steadying the days before. 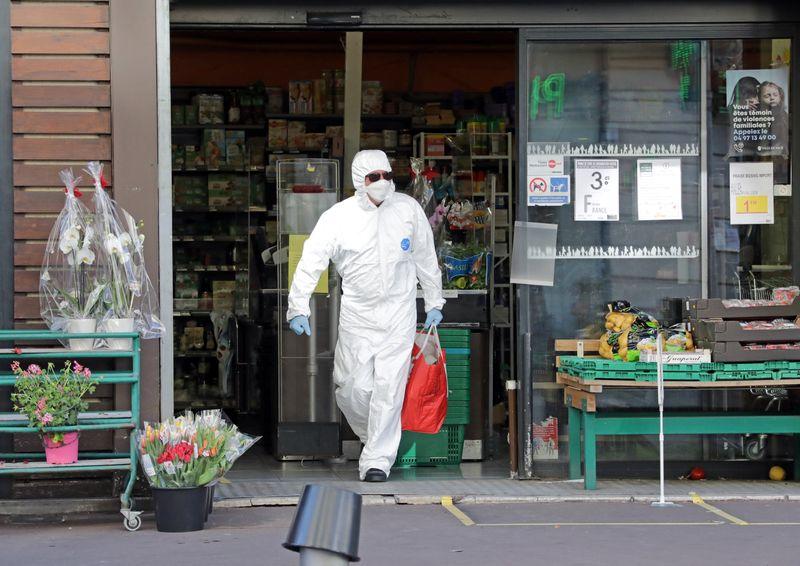 PARIS (Reuters) - France officially registered more than 15,000 deaths from coronavirus infections on Tuesday, becoming the fourth country to go beyond that threshold after Italy, Spain and the United States, while the rate of increase of fatalities is slightly up again after steadying the days before.

But the number of people in intensive care units fell to 6,730 from 6,821 over 24 hours, with this total declining for a sixth consecutive day, suggesting the national lockdown, extended to May 11 on Monday, is having positive effects in containing the disease.

During a news conference Jerome Salomon, head of the public health authority, said the number of people who died from the disease in French hospitals and nursing homes had risen by 5% in a day to a cumulative total of 15,729, versus 4% on Monday and Sunday.