By Christian Lowe and Nathan Allen PARIS/MADRID (Reuters) - France advised its citizens on Friday not to travel to Catalonia in neighbouring Spain following a spike in cases of COVID-19 in the region. The advice, announced by French Prime Minister Jean Castex, dealt another blow to Spain's beleaguered tourism sector after Norway announced on Friday that travellers returning from the country would have to undergo a 10-day quarantine 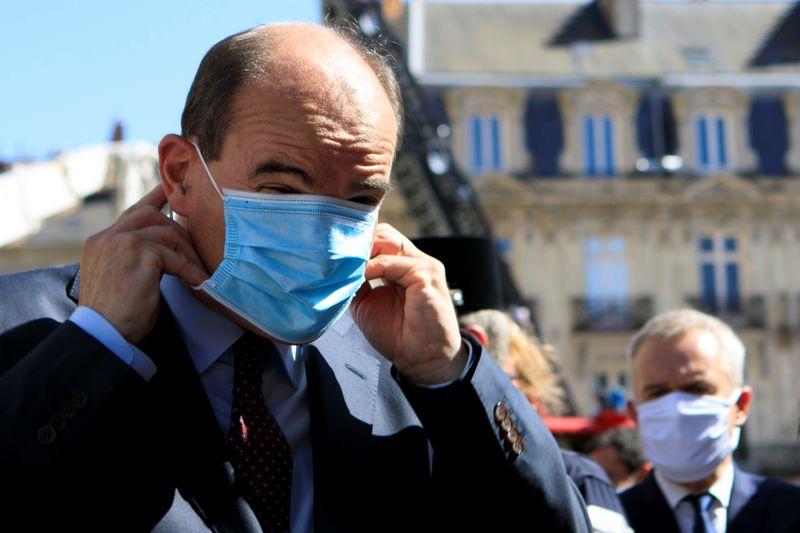 By Christian Lowe and Nathan Allen

PARIS/MADRID (Reuters) - France advised its citizens on Friday not to travel to Catalonia in neighbouring Spain following a spike in cases of COVID-19 in the region.

The advice, announced by French Prime Minister Jean Castex, dealt another blow to Spain's beleaguered tourism sector after Norway announced on Friday that travellers returning from the country would have to undergo a 10-day quarantine.

The French border with Spain remains open, but Castex said he was in talks with the Spanish government to reduce traffic flows.

"Concerning the situation in Catalonia, which is displaying worsened indicators for infection, we strongly encourage French citizens to avoid going there until the health situation improves," Castex told reporters.

Catalonia reported 8,563 new cases of COVID-19 in the 14 days up to Thursday - almost half of the 17,842 detected throughout Spain during the period - despite guidelines for residents of regional capital Barcelona to stay at home.

In an effort to contain the epidemic, all discos will be shut for the next 15 days, the Catalan government said on Friday, and bars, restaurants and casinos must shut by midnight.

A source in Catalonia's regional government said that the region, where wearing a mask is mandatory in public, was taking more stringent steps than France.

"We are holding everyone to a much higher degree of security than is asked elsewhere in Europe, such as in France," the source said.

Castex, who was speaking on the sidelines of a visit to Paris Charles-de-Gaulle Airport, north of the French capital, also said the French government planned to reinforce controls at borders.

From Aug. 1 people arriving from 16 countries outside the European Union where the infection rate is deemed to be high will be subject to compulsory testing on arrival at French airports and sea ports, Castex said. Those who test positive will be required to enter quarantine.