By Katherine Davis-Young PHOENIX (Reuters) - The body of war hero and two-time Republican presidential candidate John McCain arrived at a Phoenix church on Thursday for a commemoration to be led by his onetime Democratic Senate colleague, former U.S. Vice President Joe Biden. The memorial service at the North Phoenix Baptist Church marks the second of five days of commemorative tributes to McCain, who died on Saturday after a nearly yearlong battle with brain cancer. 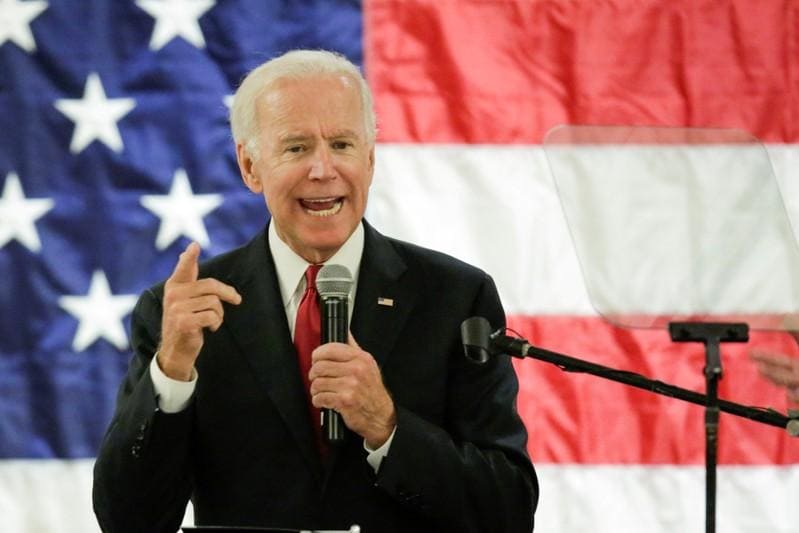 PHOENIX (Reuters) - The body of war hero and two-time Republican presidential candidate John McCain arrived at a Phoenix church on Thursday for a commemoration to be led by his onetime Democratic Senate colleague, former U.S. Vice President Joe Biden.

The memorial service at the North Phoenix Baptist Church marks the second of five days of commemorative tributes to McCain, who died on Saturday after a nearly yearlong battle with brain cancer. He was 81.

McCain's casket was borne to the church from the Arizona statehouse in a motorcade under police motorcycle escort along a six-mile (10-km) route lined with spectators who turned out to watch the passing hearse.

On Wednesday, several thousand admirers stood in line for hours in the blazing Arizona sun and triple-digit heat to pay final respects to McCain, eventually filing past his flag-draped coffin as it lay in state in the Arizona Capital rotunda.

The public viewing followed a brief ceremony for family and dignitaries led by Republican Governor Doug Ducey, who has said he would appoint McCain's immediate successor in the Senate only after McCain's burial on Sunday.

The onetime U.S. Navy fighter pilot endured 5-1/2 years as a prisoner of war in Vietnam after his aircraft was shot down over Hanoi. He went on to a celebrated career on Capitol Hill, earning a reputation as a political maverick who prided himself on working across party lines on issues such as immigration, climate change and campaign finance reform.

As chairman of the Senate Armed Services Committee, he also became a leading voice on national defense.

McCain stood out during the last two years of his life as a leading Republican critic of U.S. President Donald Trump, a fellow Republican whom McCain's family has asked not to attend his funeral on Saturday at Washington's National Cathedral.

Thursday's plans called for a hearse to carry McCain's coffin in the morning from the Arizona statehouse to the north Phoenix church, leading a motorcade that members of the public were invited to join.

In addition to loved ones, as well as civic, business and tribal leaders invited to the service from across Arizona, organizers have made about 1,000 seats available at the church for members of the public.

The main speech in tribute to McCain was to be delivered by Biden, a friend and former six-term senator from Delaware who was elected vice president as the running mate of McCain's rival for the White House, Barack Obama, who defeated McCain in the 2008 presidential race.