Former member leaks names of 22,000 Islamic State jihadis; documents yet to be verified

London: Tens of thousands of documents containing the names, addresses, phone numbers and family contacts of jihadis who joined the Islamic State group have been given to the UK's Sky News, the broadcaster said Wednesday.

Sky reported that a disillusioned former member had handed over the documents on a memory stick that had been stolen from the head of the group's internal security police.

The documents are forms that IS recruits had to fill out in order to be accepted into the organisation, and contain information on nationals from 51 countries, the broadcaster reported.

"Sky News has informed the authorities about the haul," the news channel wrote on its website. No comment was immediately available from Britain's interior or foreign ministries.

Some of the documents reportedly contain the information of previously unknown jihadis in northern Europe, the United States and Canada, as well as North Africa and the Middle East, it said.

"It shows how Isis is vulnerable to its own people turning against them... The potential for security services identifying unknown terrorists is greatly enhanced," he said, using another term for IS.

He added that the leak could inspire others to turn against the group, that the documents could be used in future prosecutions, and that they could help stop a flow of volunteers travelling to join IS from Europe and the US.

"Understanding how people have travelled and who recruited them, is a key opportunity to reduce those leaving in the future," Phillips said. 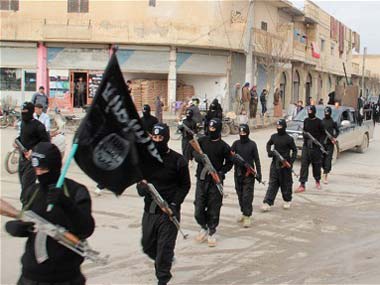 Copies of the documents broadcast by Sky News showed that recruits would have to answer 23 questions including on their blood type, mother's maiden name, "level of sharia understanding" and previous experience.

Some of the names in the documents are of fighters who have been already identified, such as Abdel-Majed Abdel Bary, a former rapper from west London who once posted an image of himself on Twitter holding a severed head.

Another named is Junaid Hussain, a cyber-operative for IS from the British city of Birmingham, and 21-year-old Reyaad Khan who appeared in a recruitment video, both killed last year.

The documents were obtained from a man who uses the name Abu Hamed, a former Free Syrian Army member who joined IS.

He stole the memory stick of documents and handed them over in Turkey to a journalist, explaining that he left because Islamic rules had collapsed inside the group.

Hamed claimed the group had given up on its headquarters in the Syrian city of Raqqa and was moving into the desert, and that former soldiers from the Iraqi Baath party of executed dictator Saddam Hussein had taken over.

Olivier Guitta, managing director of international security and risk firm GlobalStrat, said the leak was a boost to security services and indicated unhappiness within the group.

"This leak shows that there are dissenting voices within the ranks of IS," he told AFP. "Like in any large organisation, there will be fight for power and one could see down the road a potential breakup of IS into various factions."

There have been previous leaks of documents from IS, which have shown the group to be extremely bureaucratic, with rules covering every aspect of life.

But if verified the cache of members' identities would be the most significant leak so far relating to the group, which brutally carved out regions of control in Iraq and civil war-torn Syria before expanding to North Africa and further around the world.