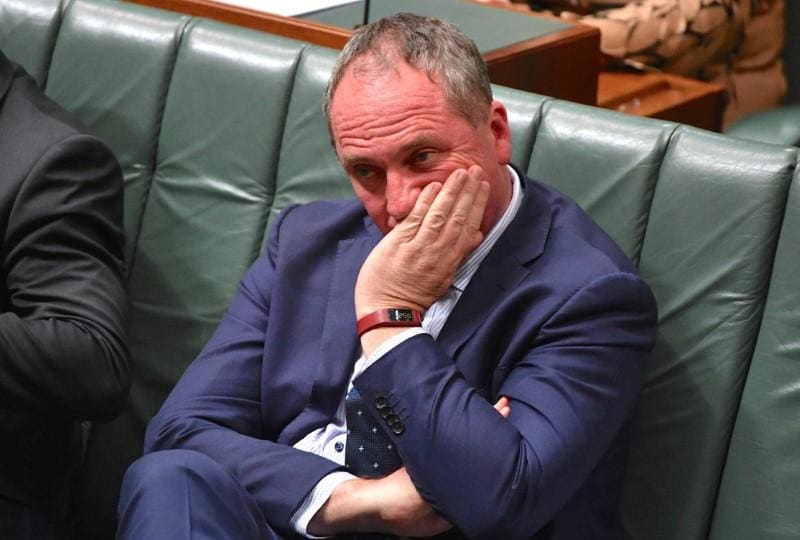 (Corrects first name to Vikki, not Vicki, in fifth paragraph.)

The move is unusual for an elected official - Barnaby Joyce is now a backbencher in the Liberal-National coalition government - and prompted calls from his own party for a ban on payments for media appearances by serving politicians.

The payment, which media said was A$150,000 ($112,950), provoked critical comment on social media and again raised the hackles of Turnbull, who this year lambasted Joyce's "shocking error of judgement over the affair with his media adviser.

"It has been very widely criticised," Turnbull told Tasmanian radio station LAFM, speaking of the interview payment. "It is certainly not a course of action I would have encouraged him to take, I will put it that way."

Joyce, perhaps best known for once threatening to kill U.S. movie star Johnny Depp's dogs over a quarantine violation, had requested the media respect his privacy when his affair with staff member Vikki Campion was made public.

He resigned as leader of the Nationals, the junior coalition partner, in February after weeks of pressure. Joyce and Campion now live together and recently had a child, a son whom Joyce said would be the beneficiary of the interview payment.

Joyce added that Campion, as a private citizen, had a right to make money from an already intrusive situation.

"In the last fortnight we've had drones over our house, we've had paparazzi waiting for us," Joyce told reporters in Canberra. "We tried just burning this out and that didn't work."

As Joyce continues to enjoy influence within the conservative wing of the coalition government, political analysts said Turnbull can ill afford any split, with a federal election less than a year away.

"The government cannot be seen to fighting publicly," said Haydon Manning of Flinders University in South Australia. "Disunity is death, as they say in Australian politics."