For U.S. Republican senator, Trump went 'over the line' on Twitter attacks

By Richard Cowan WASHINGTON (Reuters) - U.S. Republican Senator Lisa Murkowski picks her fights carefully with President Donald Trump, who won her home state of Alaska in 2016 by nearly 15 percentage points. But there was little question in her mind about how to respond when Trump on Sunday launched a Twitter attack on four female, minority Democratic lawmakers in the U.S 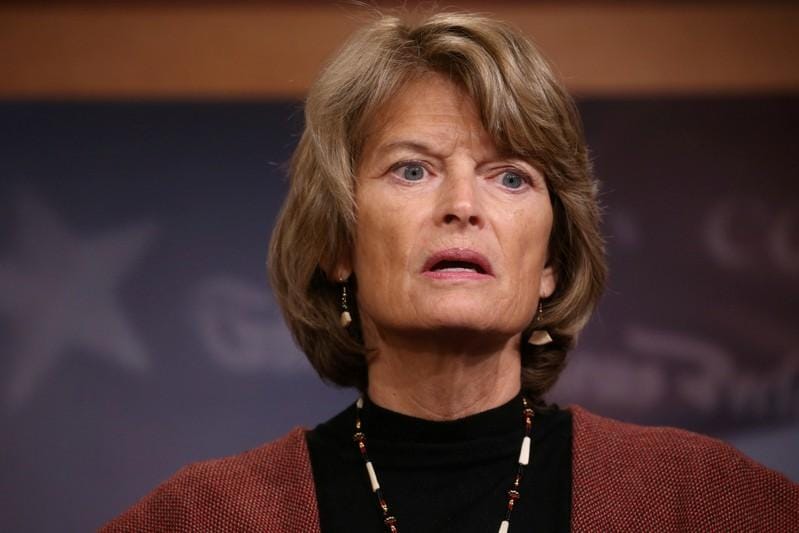 But there was little question in her mind about how to respond when Trump on Sunday launched a Twitter attack on four female, minority Democratic lawmakers in the U.S. House of Representatives.

On the next day, Murkowski fired back on Twitter: "There is no excuse for the president's spiteful comments. They were absolutely unacceptable and this needs to stop."

Dozens of Republicans in the Senate and the House have criticized Trump, with varying degrees of concern, about his tweet that the four congresswomen should "go back" where they came from. All four are U.S. citizens and three were born in the United States.

In 31 months as president, Trump has laid down an extensive record of making his fellow Republicans in Congress squirm with provocative tweets, news conference quips and policies, not to mention his affinity for some U.S. adversaries like North Korean leader Kim Jong Un.

Trump's Sunday tweets, and follow-ups this week doubling down on them, went too far for the independent-minded Murkowski, who often tackles Senate controversies head-on.

"I felt that the rhetoric had ratcheted to a level that is just unacceptable. And so when it gets to that point, I think there is a moment where you say that's enough," Murkowski said in a brief interview at the U.S. Capitol.

While most Republicans in Congress shy away from criticizing Trump, who is popular among Republican voters, his latest tweetstorm brought rebukes from at least 40 of the 250 Republicans serving in the House and Senate.

The Democratic-controlled House voted on Tuesday to formally condemn Trump's remarks as "racist."

Murkowski, who is not up for re-election until 2022, said she had received mixed reviews from Alaskans about her criticism of Trump. "I have people that call up, weigh in saying: 'Good view. I'm glad you spoke up.' I have others that call in and say: 'Who are you to tell the president what he should and shouldn't say.'"

With a near daily barrage of tweets by Trump, Murkowski said that any comment on her part "evokes its own level of discussion" and that is why she often chooses to remain silent.

Murkowski said she did not know whether Trump's attack on Democratic Representatives Ilhan Omar, Alexandria Ocasio-Cortez, Rashida Tlaid and Ayanna Pressley would damage his standing among enough voters to change the odds of his re-election in November 2020.

But one thing she is sure of: She said her decision to speak out against Trump was her own and that Senate Republican leadership did not tell rank-and-file senators how to handle their relationships with the unorthodox Trump.

"We didn't have a big sit-down" to discuss the matter, Murkowski said of her fellow Republicans. "Everyone is left to weigh in and say what they feel is appropriate or inappropriate," the three-term senator said of Senate Republican leaders.