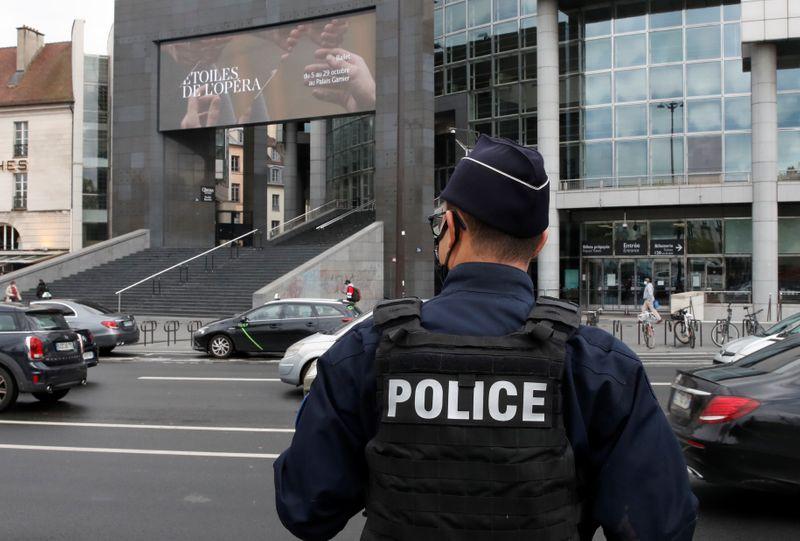 A man armed with a meat cleaver attacked and wounded two people who had stepped out for a cigarette outside the Paris office building where Islamist militants gunned down employees of satirical magazine Charlie Hebdo five years ago.