MOSUL (Reuters) - At least 72 people died when an overloaded ferry carrying families on an outing sank in the Tigris river in Mosul in northern Iraq, medical sources told Reuters on Thursday. 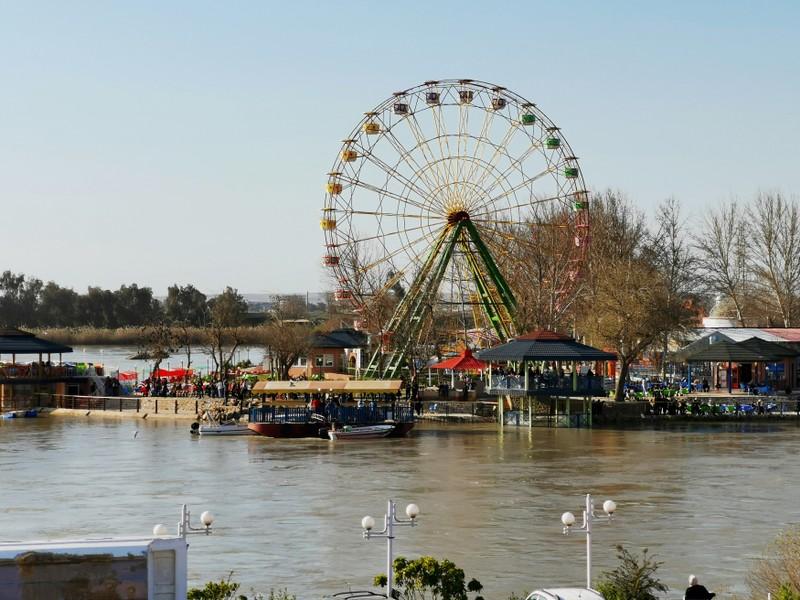 MOSUL (Reuters) - At least 72 people died when an overloaded ferry carrying families on an outing sank in the Tigris river in Mosul in northern Iraq, medical sources told Reuters on Thursday.

Most of the casualties on the ferry were women and children who could not swim, said the head of Mosul's Civil Defence Authority Husam Khalil.

A separate source in the Civil Defence Authority said the boat had been loaded with twice its capacity, causing it to capsize.

One witness said the boat was ferrying people to a man-made island used as a recreational area by families.

"I was standing near the river back when suddenly the ferry started to tilt left and right, and passengers began screaming before it capsized," said Mohamed Masoud, a local civil servant.

"I saw women and children waving with their hands begging for help but no one was there to rescue them. I don't know how to swim. I couldn't help. I feel guilty. I watched people drown."

Iraqi Prime Minister Adel Abdul Mahdi ordered an inquiry into the accident and said on Twitter that those responsible would be held accountable.

Mobile phone footage showed the ferry sinking into the muddy water and people shouting for help.

Reconstruction of Mosul, much of which was destroyed in a military campaign to recapture the city from Islamic State militants in 2017, has barely begun and is haphazard.

Residents say they feel abandoned by the central government, but have returned and started to rebuild their own homes. The city's infrastructure remains largely damaged.

The rescue team was retrieving survivors and had rescued 12 people so far, Khalil said.

Police and medical sources said earlier at least 40 people had drowned. A source in a nearby hospital and another in a morgue said the toll had risen to 72.

The accident took place to the north of the city, near a recreational area popular with families.