NEW YORK (Reuters) - Federal agents on Tuesday were investigating an explosive device that was found in a mailbox outside a New York home owned by billionaire financier George Soros. 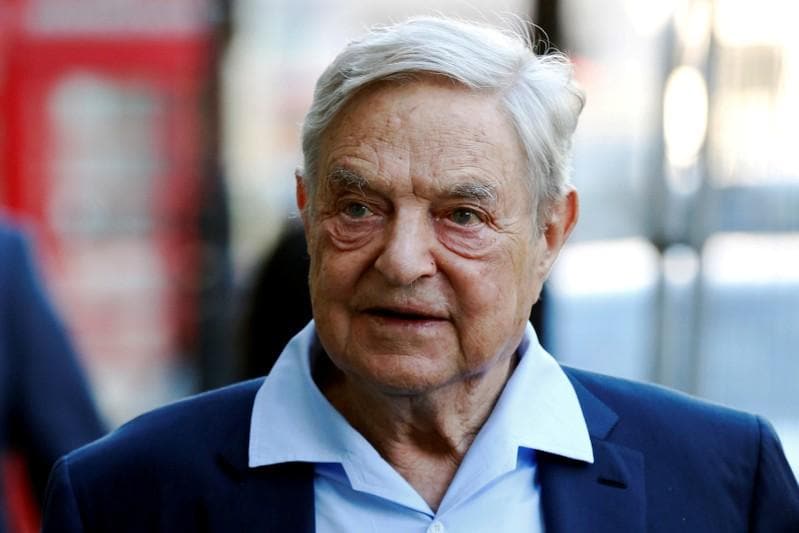 NEW YORK (Reuters) - Federal agents on Tuesday were investigating an explosive device that was found in a mailbox outside a New York home owned by billionaire financier George Soros.

Soros, one of the world's biggest donors to liberal groups and causes, has become a hated figure among right-wing campaigners in the United States and Eastern Europe, and the target of a hostile media campaign by the nationalist government in his native Hungary.

An employee at the home in Katonah, an upscale hamlet about 41 miles (66 km) north of New York City, opened a package at around 3:45 p.m. EDT (1945 GMT) on Monday to find what appeared to be an explosive device, the Bedford Police Department said. Soros was not there at the time.

Bomb squad technicians detonated the package in a nearby wooded area, police said.

Investigators treated the device as a possible improvised explosive device but its components and construction were still being investigated, a law enforcement official familiar with the investigation said.

The FBI's New York field office did not respond to a request for comment.

It was not clear whether the device was functional, if the package was addressed to Soros or whether it was sent through the mail or left at the mailbox by someone.

Images of the address published by Google Maps show a mailbox on the side of the road in front of a gated driveway.

Soros has donated billions of dollars to his Open Society Foundations, a grant-making organization that funds civil society groups around the world. It has clashed with Hungary's government over its restrictions on immigration and asylum seekers.

The foundation released a statement attributing the incident to degraded political discourse in countries around the world.

"In this climate of fear, falsehoods and rising authoritarianism, just voicing your views can draw death threats," the foundation said. "George Soros deplores violence of any kind, and urges politicians across the political spectrum to tone down their rhetoric."

A Jew who survived the Nazi occupation of Hungary, Soros is a frequent target of anti-Semitic conspiracy theories that circulate in right-wing forums online.